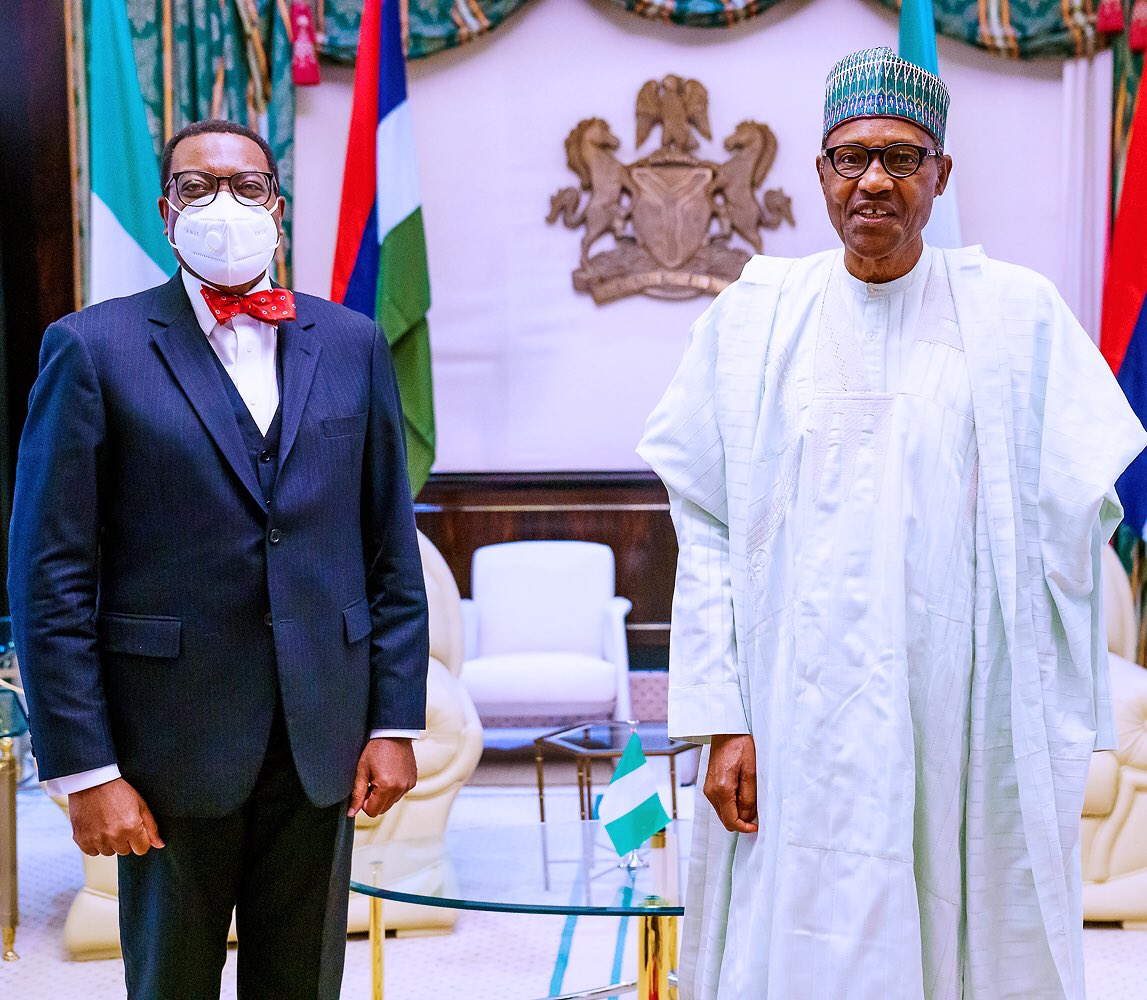 The president disclosed this while receiving Mr Adesina on Thursday at the Presidential Villa, Abuja.

According to President Buhari , the development banker received his support because Mr Adesina is a good Nigeian and he has made the country proud.

He said, “In 2015, Dr Akinwumi Adesina was a Minister with the PDP government, and I belonged to the APC. I fully supported him for the AfDB Presidency that first time, because he’s a good Nigerian. He proved to be competent, made us proud, and I was delighted to recommend him the second time.

Also, he said, “Today I congratulated him in person on winning re-election to a second and final term in office. Nothing succeeds like success. He has been very supportive of our administration, and I wish him all the best in this second term.”

Responding, the AfDB President thanked the Nigerian President and people for their support, saying he was proud to be a citizen of the country.

“Home is where dreams are born. Home is where nurturing is provided. It is where support is given for realisation of dreams. I am glad to belong here.

“When I came in June, you received me, and I shared my successes, and the difficulties facing me. You listened, and said you would stand by me. And you did. You not only stood behind me, but also beside me. No greater honour for a man than for his Commander-in-Chief to be his Supporter-in-Chief, and his Defender-in-Chief,” Adesina added.

Adesina said Nigeria gave him air, “when I badly needed it in my lungs,” and pledged to always support the country in his private capacity, and as AfDB President.

Tweeting, Mr Jonathan said, “I received in audience today @akin_adesina President @AfDB_Group. After serving our nation diligently, I’m pleased that Dr. Adesina has continued to put up a stellar performance on the international stage. I’m without a doubt that he will continue to make all of us proud.”