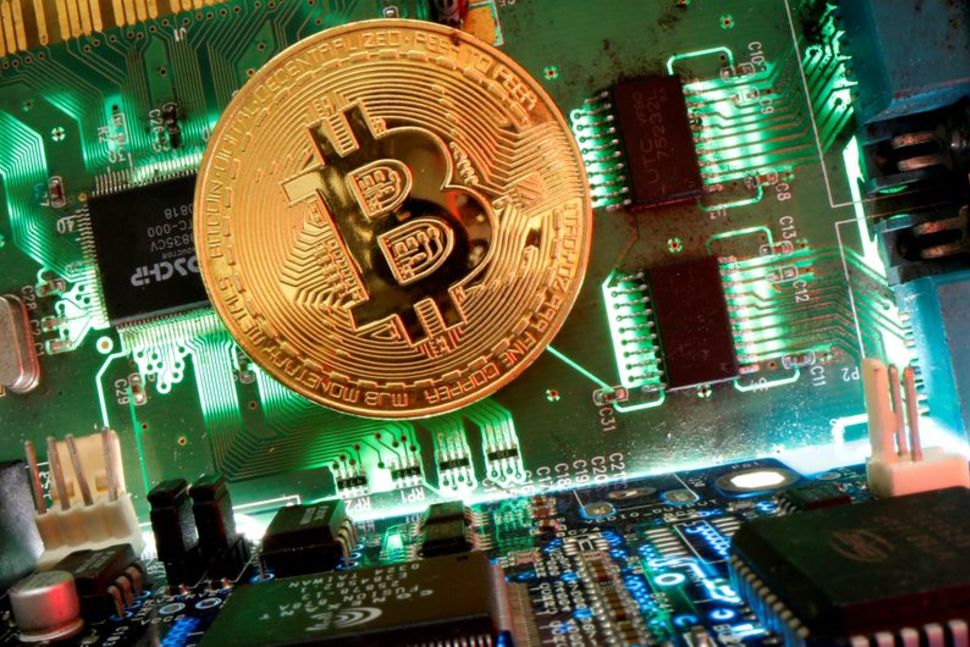 Analysis: Wealth managers frustrated over bitcoin, anxious for a piece of the action.

The rollercoaster ride in bitcoin since the start of the year has not dampened wealth manager Jim Paulsen’s enthusiasm for cryptocurrency.

Yet Paulsen, chief investment officer for Leuthold Group, which manages $1 billion, cannot own bitcoin in client portfolios due to regulatory constraints.

This has left him on the sidelines watching the world’s most popular cryptocurrency surge more than 900% since its March lows in volatile trading that also saw bitcoin lose more than 20% in the span of a few days.

“What I like about bitcoin is… its correlation to stocks and other assets is extraordinarily independent,”

Said Paulsen, who remains frustrated that he cannot own it for clients.

and wealth managers scrambling own cryptocurrencies if they can.

Many view bitcoin as a good inflation hedge.

Nearly 20% of advisors are contemplating investing in cryptocurrencies this year due to concerns about inflation, up from 6.3% in 2019, according to a report from Citi.

Still, a number of advisors say they are unable to own bitcoin for their clients

until they can hold it in an exchange-traded fund or mutual fund that clears legal hurdles common for any investment.

Should that happen, institutional money could flow in and push the asset class higher, analysts said.

Yet the U.S. Securities and Exchange Commission does not yet recognize cryptocurrencies as a security like a stock or a bond,

and has not ruled whether mutual funds can own them directly, said Robert Jenkins, global head of research at Refinitiv Lipper.

So it remains unclear whether any mutual funds currently own bitcoin because they are not required to disclose it, he said.

In the United States, eight firms have tried without success since 2013 to create a bitcoin ETF,

according to Todd Rosenbluth, director of ETF and mutual fund research at New York-based CFRA.

The SEC did not respond to questions for this article.

Funds like the popular ARK Invest ETF line that have positions in bitcoin do it through shares of the Greyscale Bitcoin Trust,

a publicly traded trust that holds a set number of bitcoin units and often trades at a premium to the value of its underlying portfolio.

Securities regulators in Canada approved the world’s first bitcoin ETF on Feb. 12, leading some investors to hope that U.S. regulators will shortly follow.

suggesting that the agency should provide more regulation on how it views the asset class.

Some investors have taken his appointment as raising the likelihood that a bitcoin ETF will be approved for the U.S.

Gensler “seems more crypto-friendly than previous folks who had oversight,”

said Viraj Patel, head of the asset allocation at Fiduciary Trust International, who has not yet made investments in the asset class for clients but is waiting for a U.S.-based ETF.

“We’re really looking at cryptocurrency through the lens of this could be gold 2.0,” said Patel.

Still, Rosenbluth said he was skeptical of a product being approved this year,

saying there would be a high bar to clear tied to market manipulation and custody audit.

Even in the absence of an ETF, retail interest “remains strong with no signs of abating,”

Overall, cyptocurrency funds and products that investors can buy direct

according to asset manager CoinShares. Cryptocurrency funds have gathered $4.2 billion inflows for this year through March 1, Coinshares said.

“Not allowing the purchase of cyrpto is something that’s frustrating to many advisors,

but it’s such a volatile asset that many investors end up doing it on their own,”