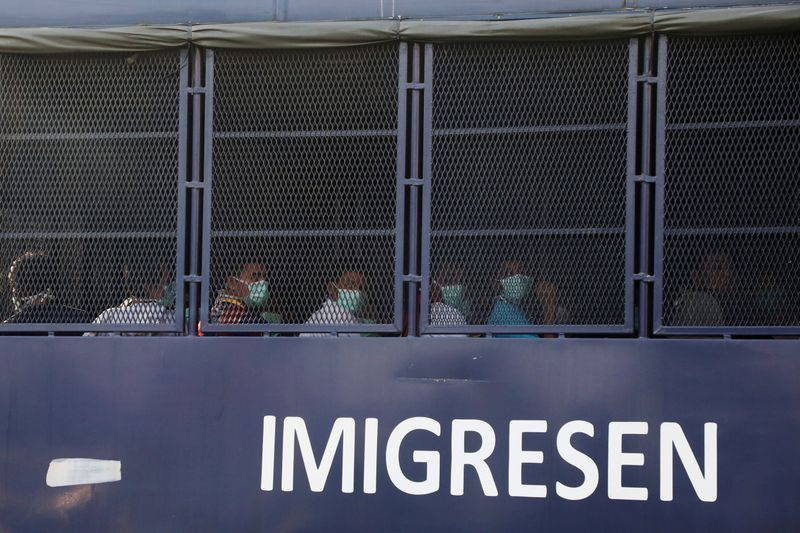 At least nine asylum-seekers and two unaccompanied children were among a group of Myanmar nationals deported by Malaysia this week,

despite a court order halting the plan, rights groups said on Friday.

a move the groups said could endanger the deportees’ lives.

The Asia Pacific Refugee Rights Network (APRRN) said in a statement it had confirmed that two children were separated from their families and deported back to Myanmar alone on the ships.

APRRN, along with three other rights groups, also said there was a substantial risk that those deported included refugees

and asylum-seekers fleeing ethnic conflict and persecution in Myanmar, where the military seized power in a Feb. 1 coup.

“There is great fear that life for these ethnic minorities deported back to a military regime will likely worsen,” the groups said.

Malaysia’s immigration department and the Myanmar embassy in Kuala Lumpur did not respond to requests for comment.

The department has said it did not send back asylum-seekers or Rohingya refugees.

But concerns over the deportation of unregistered asylum-seekers have persisted,

as the U.N. refugee agency, UNHCR has not been allowed to interview immigration detainees since 2019.

James Bawi Thang Bik, of the Alliance of Chin Refugees, said he was told by the Myanmar embassy that nine Chin asylum-seekers were among those deported.

The European Union and the United States have expressed concern over the deportation,

which took place hours after a Kuala Lumpur court ordered it to be suspended pending an application by rights groups to challenge the plan.

The groups in their filing had said three U.N.-registered people and 17 minors were on the deportee list. It was unclear if they were sent back.

Malaysia is home to more than 154,000 asylum-seekers from Myanmar.