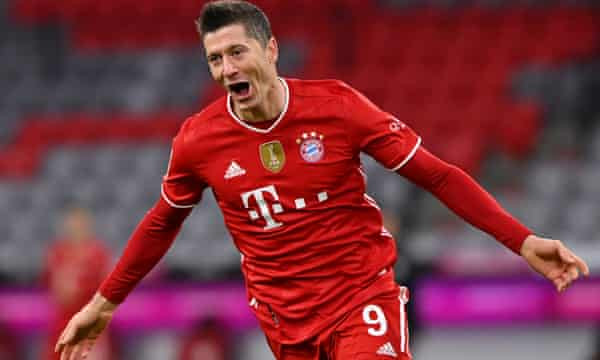 World, European and German champions, Bayern Munich showed why they are the best football team now as they beat Borussia Dortmund 4-2 on Saturday, March 6 despite being two goals down in the first ten minutes…

who blitzed through the Dortmund defence at every opportunity.

Dortmund star, Erling Haaland had the visitors two goals up in nine minutes.

Just for a split second, a first Dortmund win at Bayern for seven years looked on.

Then midway through the first half, Dortmund became carefree and let Bayern showcase their footballing prowess.

Meunier spurned a chance, and a minute later Bayern was back in it, as Goals from Lewandowski

and Goretzka ensured a glorious win for the Munich team.

Robert Lewandowski’s hat-trick brings him to 31 league goals this season.

If he scores a goal per game, for the remainder of the season, he’ll be smashing Gerd Muller’s 1971-72 total from the record books.

With this win, Bayern is fully in chase of their 31st German title.