Buhari Blames Obasanjo, Yar’Adua, Jonathan For ‘Near Destruction Of Nigeria’ 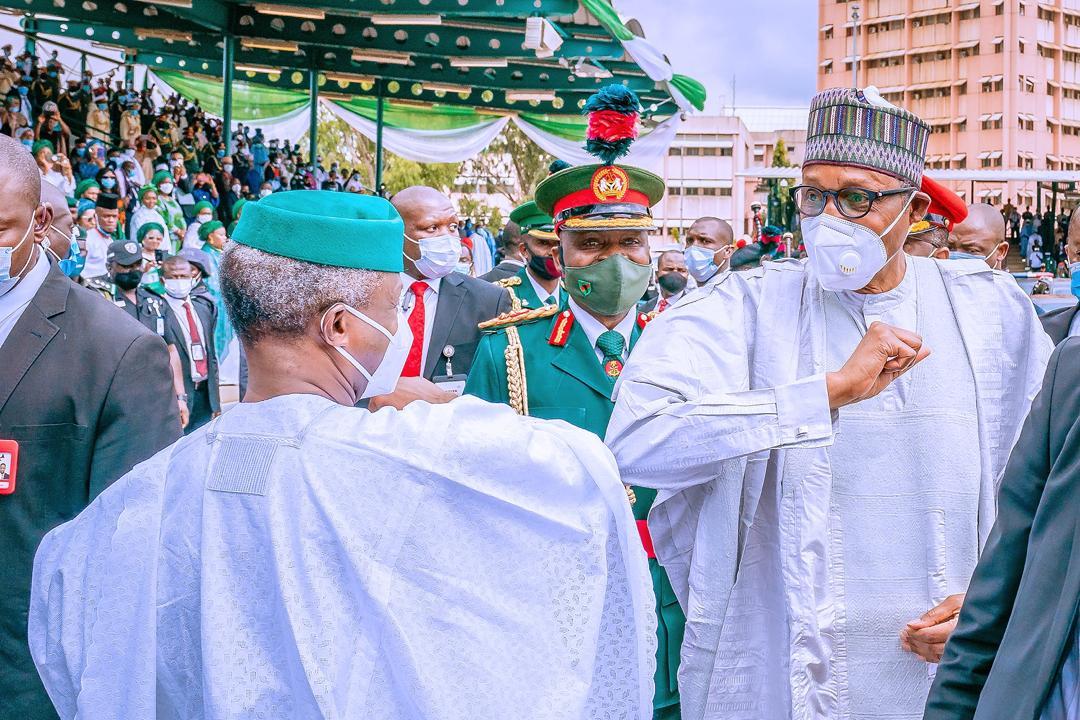 President Muhammadu Buhari Thursday blamed Nigeria’s leaders since the current democratic dispensation for the “near destruction of the country.”

Although the president did not mention the leaders by name, he made direct reference to those who ‘presided over’ Nigeria between 1999 and 2015, questioning how such leaders had the ‘impundence’ to criticise his administration.

“Those in the previous Governments from 1999 – 2015 who presided over the near destruction of the country have now the impudence to attempt to criticize our efforts.

Thursday’s statement was Mr Buhari’s first personal reaction since the latest criticism of his government by Mr Obasanjo.

PREMIUM TIMES reported how Mr Obasanjo lamented the worsening security and economic situation in the country, blaming Mr Buhari’s government for it.

“Nigeria is fast drifting to a failed and badly divided state; economically our country is becoming a basket case and poverty capital of the world, and socially, we are firming up as an unwholesome and insecure country,” Mr Obasanjo said.

Mr Obasanjo’s stance was backed by many Nigerians including Nobel Laureate Wole Soyinka.

Mr Buhari’s Thursday statement, made as part of his 60th anniversary speech, appeared to be his direct response to Mr Obasanjo.