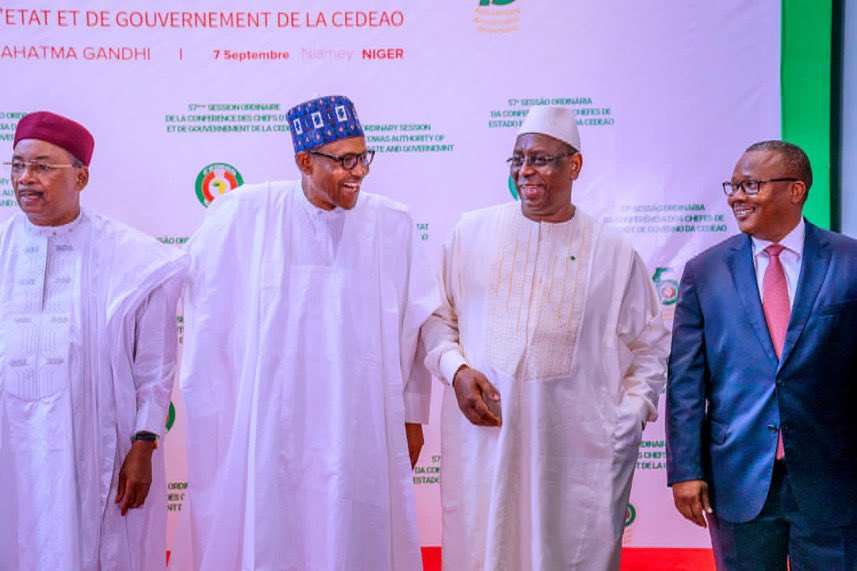 President Muhammadu Buhari has cautioned leaders of countries in West Africa against tenure extension, that is, extending the limits on their terms in office.

He stated this at the 57th ordinary session of the Economic Community of West African States (ECOWAS) authority of heads of state and government in Niamey, Niger Republic, on Monday.

According to a statement issued by Garba Shehu, the president’s spokesman, Buhari said actions aimed at extending tenure limits are capable of causing crisis in the affected countries.

“As leaders of our individual Member-States of ECOWAS, we need to adhere to the constitutional provisions of our countries, particularly on term limits. This is one area that generates crisis and political tension in our sub-region,” Buhari was quoted as saying.

“Related to this call for restraint is the need to guarantee free, fair and credible elections. This must be the bedrock for democracy to be sustained in our sub-region, just as the need for adherence to the rule of law.”

In 2019, Charles Enya, a member of the All Progressives Congress (APC) in Ebonyi state, had filed a suit, seeking the amendment of the constitution to allow Buhari get a third term in office. Consequently, creating a tenure extension for the president.

However, speaking at a meeting of the APC national executive council (NEC) in November 2019, the president said he would not “make the mistake” of going against the law.

“I’m not going to make the mistake of attempting a third term,” Buhari said.

“Besides age, I swore by the holy book that I would go by the constitution and the constitution said two terms. I know that I’m in my last term and I can afford to be reckless because I’m not going to ask for anybody’s vote.”