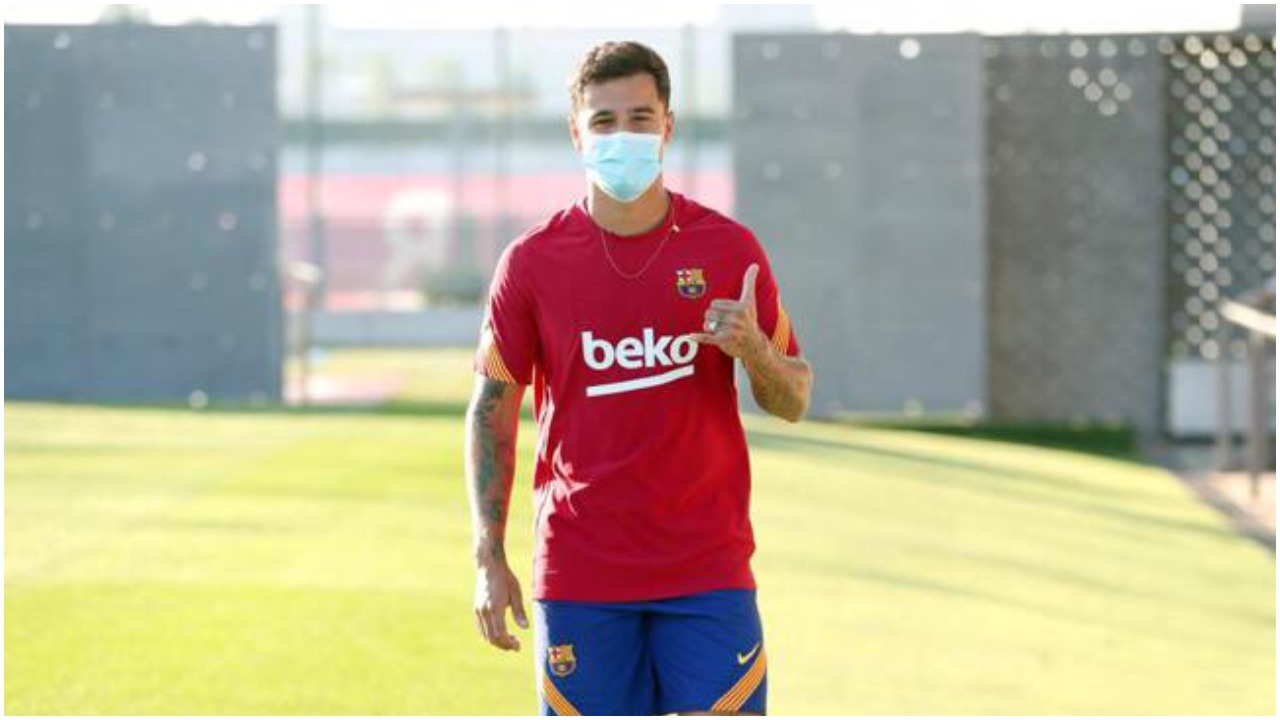 Barcelona midfielder, Philippe Coutinho, has finally returned to the club’s pre-season training ahead of the new season.

Coutinho now looks set to stay at Barcelona next season, after new manager Ronald Koeman convinced him he is part of his plans.

The Brazilian international spent the last campaign on loan at Bayern Munich.

The 28-year-old scored twice against Barcelona in the famous 8-2 defeat in the Champions League last-eight and went ahead to win the Europe top-flight title with the Bundesliga champions.

However, Coutinho’s future at Camp Nou looked uncertain, with Barcelona president Josep Bartomeu making it clear that it was up to Koeman to sell him, amid interest from Arsenal.

But Koeman called Coutinho on Monday to congratulate him on the Champions League victory and assure him he wants him to stay at Barca.

It is believed Koeman is a big fan of the playmaker, having faced him during Coutinho’s spell at Liverpool while he was in charge of both Everton and Southampton.