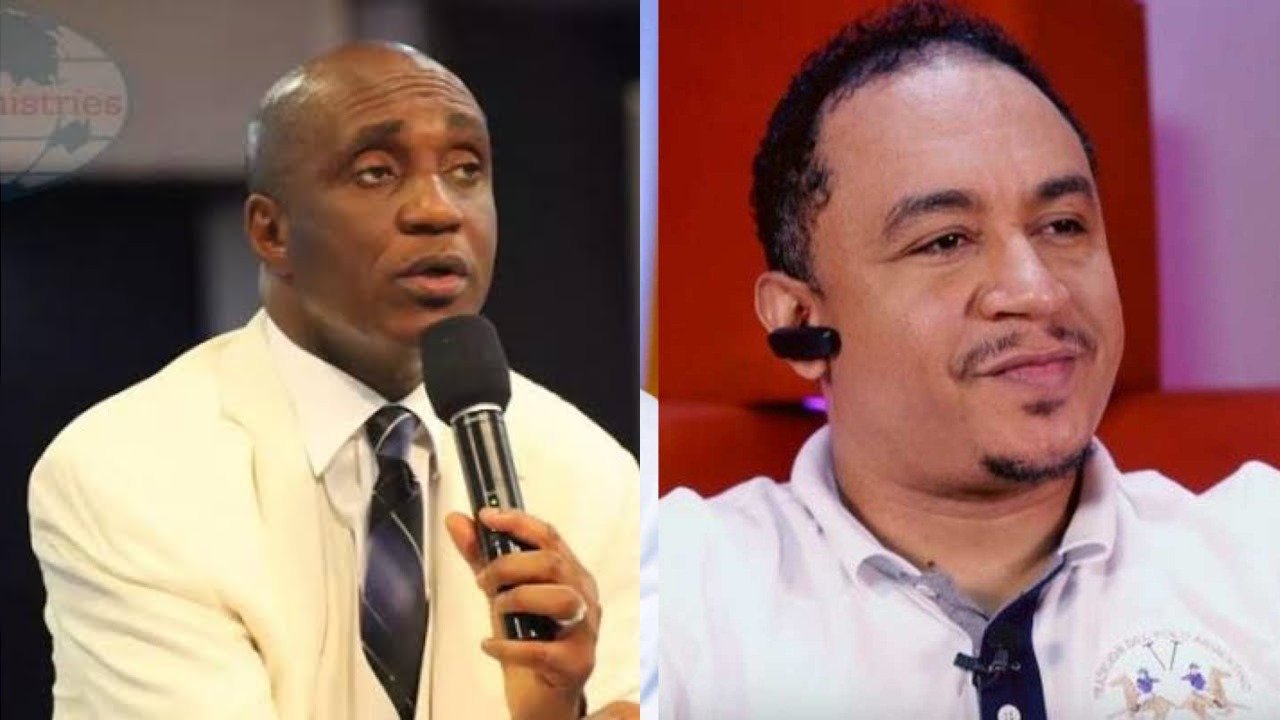 Earlier, the media personality attacked Bishop David Oyedepo of Winners Chapel for saying women should submit to their husbands. Often, he criticises Nigerian pastors on his social media platforms.

According to Freeze, Oyedepo’s advice is a misquote of the scriptures.

Reacting, Pastor Ibiyeomie in a viral video from his Sunday service, blasted Daddy Freeze, warning him not to ever insult Oyedepo or talk about him.

According to the Cleric, ‘he cannot be alive and watch someone insult his father, Oyedepo’.

He said: “I can’t be alive and you insult my father. The day Daddy Freeze insults Oyedepo I will deal with him and arrest him.

“Who gave birth to you? Do you have a father? Show us his picture.

“Oyedepo will not talk but I can’t be alive and you insult my father. I curse the day you were born.

Recall, Freeze started his radio career in 1996 with the Broadcasting Corporation of Oyo State (BCOS), Ibadan and joined Cool FM in 2001 working in radio presenting, television and general entertainment. He is a senior broadcaster at Cool FM Lagos.

He is also an event compere, hosted a number of music concerts, comedy shows and Nollywood premieres in Nigeria, Ghana and the United Kingdom.