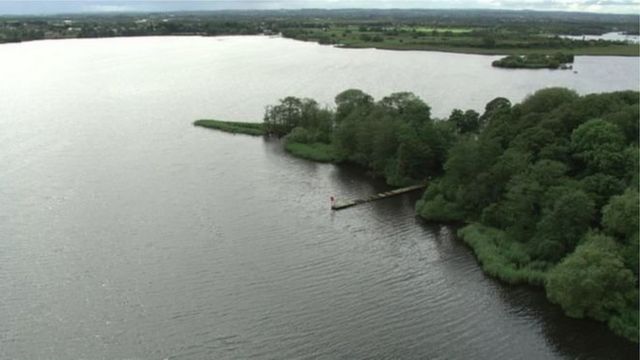 The Amalgamated Union of Public Corporations Civil Service Technical and Recreational Services Employees (AUPCTRE) and the Corporate Accountability and Public Participation Africa (CAPPA) have described the unrelenting lobby for passage of the Water Resources Bill by the Minister of Water Resources, Suleiman Adamu as an insult to the sensibilities of Nigerians who have unanimously rejected the Bill.

Media reports indicate that the Minister last Wednesday (October 28) met with the House of Representatives Committee on Water Resources to advance arguments why the Bill should be passed as it is and accused those criticizing the Bill across the country as misled.

Aside AUPCTRE and CAPPA, the Bill was criticised by various pan-ethnic groups in the country including the Ohaneze Ndigbo, Afenifere, and the Ijaw Youth Council (IYC) which had on October 20, 2020, alleged lopsided applications of the mining regulations in the country. Nobel laureate and playwright, Professor Wole Soyinka, and Spokesman of Afenifere, Yinka Odumakin are also vocal opponents of the Bill.

The Bill was withdrawn on Tuesday, September 29, 2020, after a heated debate in the House when some lawmakers alleged a breach of House Standing Rules while working towards passing the bill into law and relied on the anomaly to ask the Speaker, Hon. Femi Gbajabiamila to throw it away or at best have it reworked and then represented for consideration.

Subsequently, Majority Leader of the House of Representatives, Alhassan Ado Doguwa said that the House would start the consideration of the Bill afresh.

But in a statement issued in Lagos, AUPCTRE and CAPPA described the minister’s ongoing lobby effort as a reflection of desperation, cautioning that Nigerians will not accept a law that does not follow the right trajectory which includes consulting with and seeking the input of Nigerians in all the processes in the National Assembly.

AUPCTRE National President, Comrade Benjamin Anthony said: “We are now vindicated when we say the motives of the promoters of this ill-conceived Bill are suspicious. The Minister must respect the popular views of Nigerians that a fresh Bill with input from Nigerians begin. The stepped down Bill is exactly opposite of what Nigerians want and will only hand our water resources to for-profit only entities. It is unacceptable”

Benjamin Anthony urged the minister to respect the will of Nigerians by acceding to a truly consultative process to birth a true and pro-people Water Bill, even as he added that, “No backdoor arrangement will be accepted by Nigerians now or in the future. That era is gone”

CAPPA Executive Director, Akinbode Oluwafemi said: “The remarks and activities of promoters of the Water Bill, especially the Minister of Water Resources since it was stepped down in September show that there is clearly a hidden agenda that they are trying hard to make Nigerians swallow even when the dangers inherent in the Bill have been highlighted and articulated in the public space”

Oluwafemi pointed out that, “By his words and actions the minister is subverting our democratic process because clearly, he is inferring that the views of the majority of Nigerians no longer count on policy development and laws that concern all. We will not accept that. He must allow the process uninterrupted”

Among a host of reasons, AUPCTRE and CAPPA say that Public-private partnership is portrayed as beneficial and depicted as only applying to the infrastructural development of water resources in the Bill when in actual fact there was no way private corporations would commit resources to the development of water without a measure of control and ownership.

They maintained that any form of the lobby to ram through the rested Bill smacks of respect for the wishes of Nigerians who have unanimously called for it to be trashed because of its ambiguous, obnoxious, and pro-privatisation clauses.

They urged the House of Representatives not to entertain the Bill in the form it was presented before it was rested, advising that Nigerians must be part of the process of a genuine people-centred Bill from the initial stages through the entire process at the National Assembly.

“We are clear-cut when we say the motives of the promoters of this ill-conceived Bill are suspicious. The minister should come clear what those interests are. But Nigerians have spoken and loudly too. We will not accept a pro-privatisation draconian Water Bill that will benefit a few at the expense of many”, they insisted.