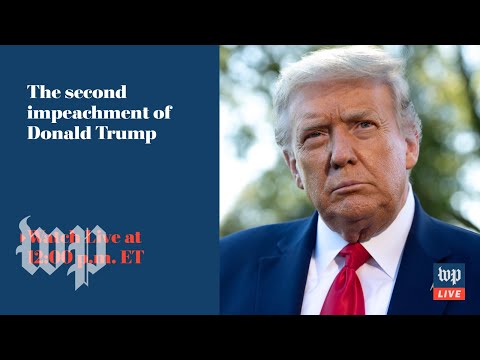 WASHINGTON – Donald Trump’s historic second impeachment trial, on a charge of inciting last month’s deadly storming of the U.S. Capitol, opens on Tuesday with a debate over the constitutionality of trying a president after he has left office.

Hundreds of Trump supporters stormed the Capitol on Jan. 6 after a fiery speech in which the then president repeated his false claims that his Nov. 3 election defeat was the result of widespread fraud and urging them to “fight like hell (or) you’re not going to have a country anymore.”

The Senate trial follows only the fourth impeachment of a president in U.S. history. But it is unlike all others in that Trump is the only president to have been impeached twice by the House of Representatives. He is also the only ex-president to face a Senate trial.

The trial could provide clues on the direction of the Republican Party following Trump’s tumultuous presidency. Sharp divisions have emerged between Trump loyalists and those hoping to move the party in a new direction.

Trump’s lawyers plan to open the trial on Tuesday by questioning whether the U.S. Constitution allows the Senate to hold an impeachment trial for a president after he has left office.

Most Senate Republicans have embraced that argument, which strongly suggests that Democrats will be unable to garner the two-thirds majority needed to convict in the 100-member Senate. Democrats and many legal scholars reject the Republicans’ constitutional interpretation.