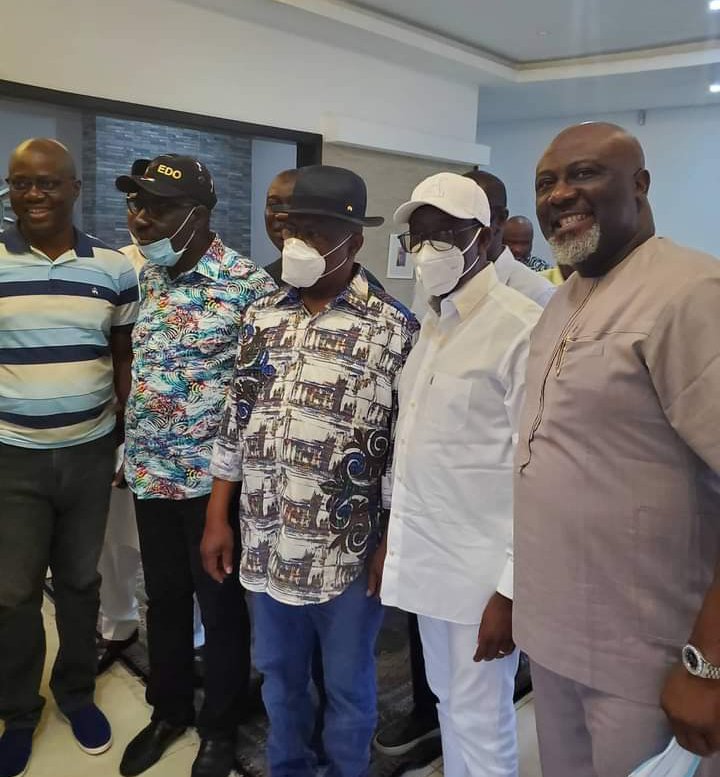 Governor Godwin Obaseki, the candidate of the Peoples Democratic Party in the Saturday’s Edo State governorship election, has been re-elected for a second term in office, the Independent National Electoral Commission declared on Sunday in Benin City, the Edo state capital.

But in the course of his first term as the governor, Mr Obaseki became estranged with Mr Oshiomole causing an epic political battle now capped off with his victory today.

The battle contributed to the fall of Mr Oshiomole as the chairman of the APC. But Mr Obaseki also could not get the APC’s ticket which made him defect to the PDP with his deputy, Phillip Shaibu.

The Returning Officer in the election, Akpofure Rim-Rukeh, the Vice Chancellor of the Federal University of Petroleum Resources, Effurum, announced the return of Mr Obaseki as the winner.

Days ahead of the election, APC leader and former governor of Lagos, Bola Tinubu, had in a recorded broadcast, made an “appeal” to the Edo electorate to “reject” Mr Obaseki, whom he dismissed as having no sound democratic credential.

Mr Obaseki won 13 Local Government Areas, including his home Oredo LGA, which is the largest. Mr Ize-Iyamu, on the other hand, picked the remaining five LGAs, including his main backer, Mr Oshiomole’s Etsako West.

Saturday’s election was not without incidents of ballot snatching, over voting ,technical glitches affecting card readers, and violence reported in a few polling units by returning officers during the collation exercise.

A total of 14 parties contested the election but PDP and APC are the main parties.

The election was conducted with compliance to COVID-19 protocol as officials were seen conducting thermal checks and requiring voters to use face masks before voting. However, there was no social distancing anywhere.