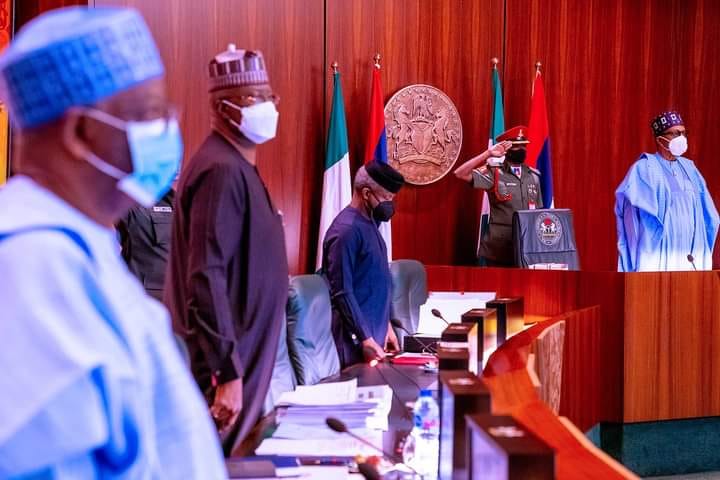 On Wednesday, Members of the Federal Executive Council (FEC) observed a minute silence for a former Secretary of Commerce and Tourism, Mohammed Inuwa Bakari.

The Secretary to the Government of the Federation, Boss Mustapha, called on the cabinet to observe a minute silence, shortly before the commencement of the weekly meeting which is being Presided over by President Muhammadu Buhari at the council chambers.

The Late Bakari served in the Federal Executive Council from January-August 1993 under General Ibrahim Babangida (Rtd).

In attendance physically is the Vice President, Yemi Osinbajo, Secretary to the Government of the Federation; Boss Mustapha and Chief of Staff to the President, Ibrahim Gambari.

some ministers who attended virtually are the Head of Service of the Federation, Dr. Folasade Yemi-Esan, and other Ministers are participating in the weekly cabinet meeting from their various offices in Abuja.

The Chairman of the Independent National Electoral Commission INEC, Professor Mahmood Yakubu is expected to brief the Cabinet on the creation of additional polling units in the country.