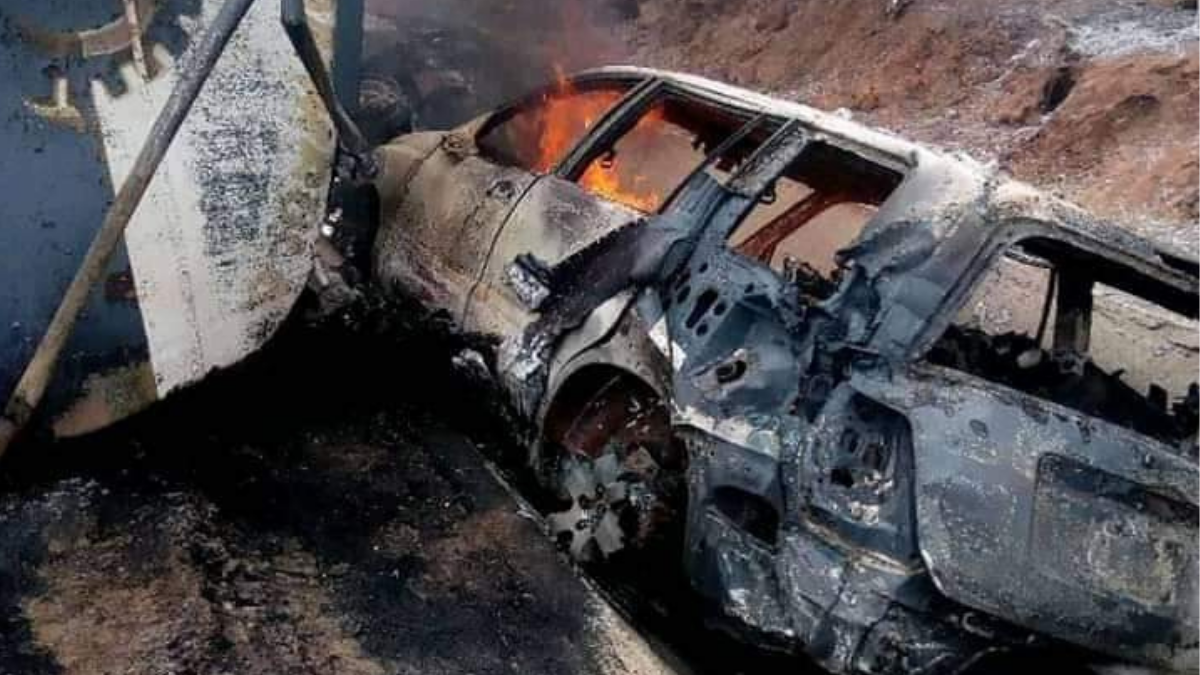 Multiple vehicles were engulfed in a fire that started on Saturday morning along the Kara Bridge section of the Lagos-Ibadan Expressway.

According to eyewitnesses, the fire was triggered by an explosion from a petrol tanker.

The number of human casualties could not be ascertained as of the time of filing this report.

The Nigerian police and Federal Road Safety Corps officials have arrived at the scene to put the situation under control.

The incident led to heavy traffic on that section of the expressway on Saturday morning.

Tanker related accidents are common along Kara Bridge. On July 17, two trucks and a fully-loaded fuel tanker were in collision, resulting in major gridlock for commuters.

At least one person was confirmed dead on June 21, after a petrol tanker, a gas truck, and a cement transport truck collided on the bridge.