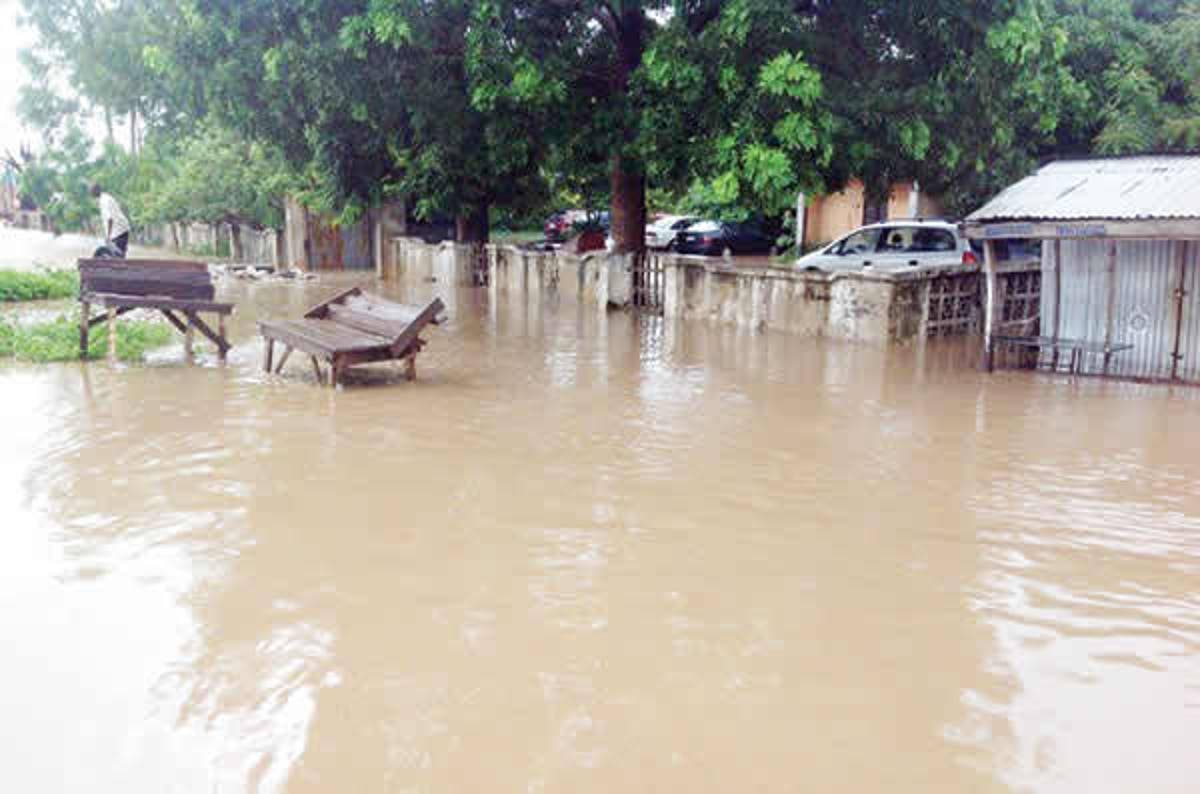 The flooding which was occasioned by the sudden release of water from the Kainji Hydro Power Dam in Niger State has again wreaked massive havoc on the N60bn sugar investment project.

The project is currently being implemented under the Backward Integration Programme component of the Nigeria Sugar Master Plan.

The flood which swept through the sugar estate, destroyed flood protection dykes, factory equipment, submerged cane fields, pulled down office and residential buildings and halted activities at the estate.

The development has become a recurring decimal since the project began over five years ago.

Recall that the project was commissioned by President Muhammadu Buhari in 2018.

The Management of Mainstream Energy Solutions, managers of the Kainji and Jebba Hydro Plants had in a press statement dispelled news making the rounds that the dam had burst its banks.

The company said it was only carrying out spillage exercise to regulate water flow along the River Niger.

It said the spillage exercise is carried out annually to ensure that the reservoir is well secured and the expected flow of water along the River Niger and its tributaries are controlled.

But in the light of what happened a day after the release of water at the sugar project site and the surrounding villages, the statement by Mainstream Energy Solutions may not represent the true situation.

He said, “This is a huge setback for the Flour Mills of Nigeria, the sugar sector at large and Nigeria as a country as it will impede the realization of the 4,500 metric tonnes of sugarcane daily processing by the company and the one million tonnes of sugar production projection recently agreed with major sugar producers.

Busari said the massive flood which affected the farm, was not a natural flood, but most likely man-made instigated by overflow of water from the Jebba and/or Kainji Dams.

He said the operators of the Jebba and Kainji Dams had likely opened up their spill gates to enable the water go down the river in a bid not to submerge the dams that are being used to generate power in the country.

The NSDC boss explained that series of meetings had been held by relevant officials of all stakeholders, to think through the flood problem at Sunti because of its economic potential to the country’s national sugar development plan.

He regretted that little has so far been achieved as the company, except for 2019, kept recording losses yearly as a result of flood thereby frustrating the implementation of the Nigeria Sugar Master Plan.

He added, “The situation in Sunti is both disturbing and very discouraging to us as a forward-thinking agency.

“We are not new to the entire problem, given our position as the regulator of the sugar industry, but it is one loss, too many that could reverse some modest gains recorded in the sugar sector.

“We have shown serious and genuine interest in their case, particularly as it relates to the issue of constant flooding which has cost them a fortune.

“But as intractable as it appears, we won’t resign to fate or distance ourselves from the issue in Sunti.”

He said the Sugar Council had presented the flooding issue in Sunti before relevant Ministries, Departments and Agencies of government with a view to finding lasting solution to the problem.

However, he said this has not yielded the desired outcome as the issue still persists.

Busari who described the Sunti sugar project as one with huge economic potential, but currently challenged by floods, said an inter-ministerial committee involving Ministers of Power, Industry, Trade and Investment, officials of the National Sugar Development Council, Transmission Company of Nigeria, Mainstream Energy Solutions and Flour Mills of Nigeria was set up to look into the matter in the past.

He added, “The inter-ministerial committee did enjoin the parties involved to invest in early warning signals, share useful information as well as keep each others abreast of developments in their individual organizations on issues relating to opening of their dams to avert flooding.

“Regrettably, it would appear, from recent occurence that the agreements or understanding reached weren’t adhered to, especially by the managers of the two dams.”

Busari said, beyond sympathizing with the management of Flour Mills of Nigeria, operators of the Sunti Golden Sugar Estate, over their loss in Sunti, the Council is already in touch with relevant MDAs and working out modalities to cushion the effect of the huge loss recorded by the company.