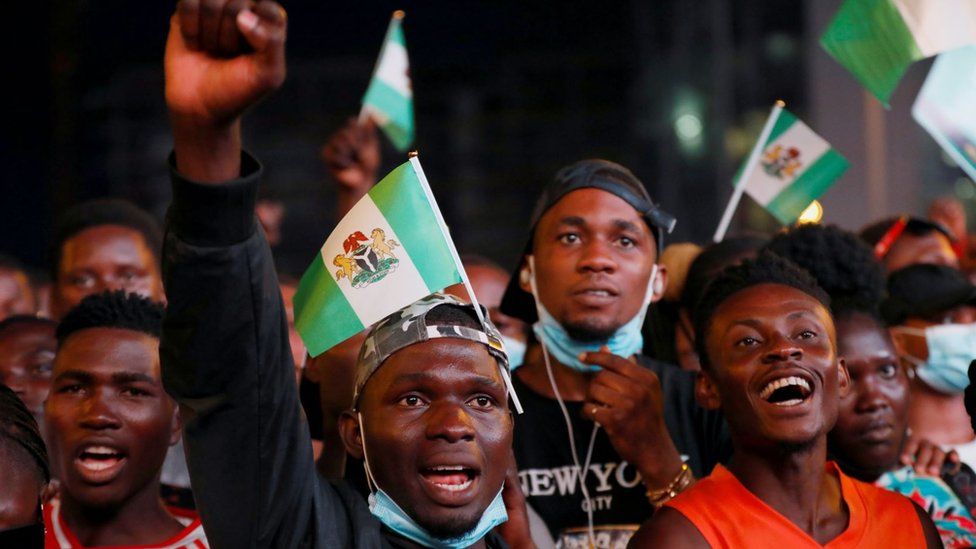 …….As ERA/FoEN Condemn Shooting of Protesters in Nigeria

The Mano River Union Civil Society Natural Resources Rights and Governance Platform (MRU CSO Platform) is alarmed over the rising political insecurity in the West African sub-region and calls for prompt actions to prevent any potential conflict. Of specific concern is the prevailing situation that has marred the election in Guinea, the killing of protesters in Nigeria and the looming fears ahead of elections in Côte D’Ivoire and Liberia.

In separate letters written to ECOWAS Commission, UN High Commission on Human Rights and the Secretary General of the Mano River Union Secretariat, the Platform recalls past rowdy elections in the region which replay must be nipped in the bud.

The MRU CSO Platform also recalls the protests against the constitutional review of 22 March 2020, in Guinea that allowed the current president, Alpha Conde to run for a third term, resulting in considerable material damage, injuries and deaths.

Guinea has been on the edge since, with authorities deploying troops and closing the borders on the frontiers with Sierra Leone, Senegal and Guinea Bissau. Following the October 18 polls on Monday, gunshots were heard in the Capital, Conakry as supporters of the opposition candidate, Cellou Diallo took to the streets to celebrate after he declared himself the winner of the first ballot.

We are in this release further reinforcing our appeal for ECOWAS to act swiftly in forestalling a bloodbath in the region, by activating the ECOWAS Early Warning and Response Network consistent with Article 58 of the revised 1993 ECOWAS Treaty as defined by the Protocol, Relating to the Mechanism for Conflict Prevention of December 1999.

Our concern is especially about the humanitarian situation that comes with these political tensions, the loss of the lives of ordinary citizens, physical injuries, destruction of properties, the displacement and movement of refugees across the borders. It is in this vein we are calling for early robust interventions and monitoring.

The Lead Campaigner for Green Advocates International (GAI) based in Liberia and the 2019 Goldman Environmental Prize Winner for Africa, Alfred Lahai Brownell, Sr. lamented that

“many defenders of the 2010 constitution that opposed a 3rd term bid of the incumbent Guinean leader were arrested, imprisoned, tried and convicted on frivolous criminal charges; we, therefore, call on the United Nations and the Office for the High Commission for Human Rights (OHCHR) to help prevent the continuous violations of the rights of environmental and human rights defenders, including journalists, bloggers and political activists”.

Cote D’Ivoire is also concerning as the country heads towards the presidential election scheduled for 31st October 2020, the opposition has threatened a boycott of the polls, to be followed by actions of “peaceful civil disobedience.”

There are worries about a relapse into widespread crisis in the country. Sadly, the situation in Cote D’Ivoire is sparked by another case of the incumbent – President Alassane Ouattara who is controversially seeking a third term in office.

“We are encouraging the Mano River Union Secretariat and other stakeholders to act now to prevent these countries from undermining the peace, security and stability of a region that has suffered from historic conflicts,” Dr Michel Yoboue, Executive Director, Extractive Industries Research and Advocacy Group of Cote D’Ivoire, added.

Elsewhere in Liberia, the MRU CSO Platform is equally wary of the growing incidents of electoral violence and dispute over the voters’ roll clean-up prompting a planned opposition protest, ahead of the mid-term senatorial elections on December 8, 2020.

This combined power plays in an already fragile region, could potentially explode and destabilize the region and therefore requires the immediate attention of stakeholders in the region and the international community.

Abu Brima of the Network Movement for Justice and Development (NMJD) of Sierra Leone submits: “Our worries are not just about the lives of the struggling citizens across the borders who are grappling with socio-economic impact of the COVID-19 pandemic, but also about the long-term political stability and development aspirations of the sister countries.”

West Africa is a classic example of how conflicts and instability starting in one country can spill over across borders. Urgent steps must be taken to stop any possible conflict that would further worsen the human sufferings in the region.

Meantime, the MRU CSO Platform unequivocally condemns the shooting and killing of protesters in Lagos, Nigeria who are demanding police reforms.

“The reported use of live bullets by Nigerian security forces on citizens protesting against police brutality, is simply an act of banditry and a crime against humanity that should not go unpunished,” insists Barr. Chima Williams, Acting Executive Director of Environmental Rights Action/Friends of the Earth Nigeria.

The MRU CSO Platform urges Nigerian authorities and the Office for the High Commission for Human Rights (OHCHR), specifically the Special Rapporteur on Extra-Judicial killings to launch an immediate investigation to identify and hold accountable the perpetrators of those killings.