Herbalist Storms Abuja Court in Solidarity with Sowore for his trail 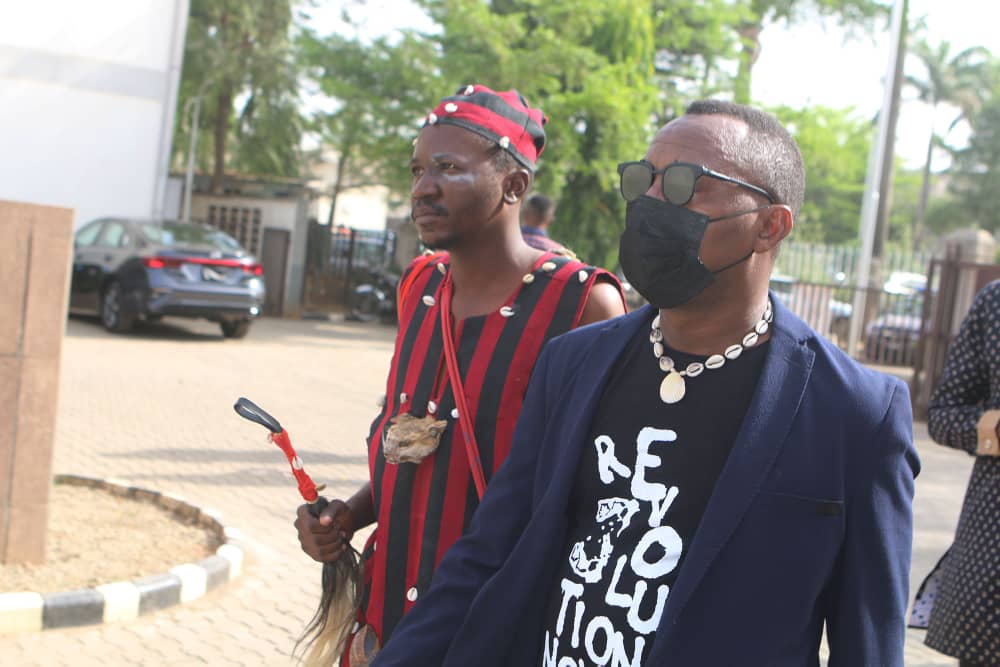 Former presidential candidate Omoyele Sowere has got the social media buzzing with several reactions after storming the Abuja court with a herbalist.

In the video and photos that surface on the internet, the spiritual leader is seen with Sowore and others chanting with his bante and onde.

The convener of the RevolutionNow and the four others are facing trial for allegedly inciting the public against the Federal Government in what is described as an unlawful assembly.

They were arrested in the early hours of January 1, 2021, during a protest in Abuja.

eddy_is_king: Okay o the gods are not sleeping

official_revoltx_: I get spiritual lawyer 😂😂😂 ready ur own o

buchianoo: When someone tell you that; you’ll hear from my barrister and my native doctor 😂😂😂😂