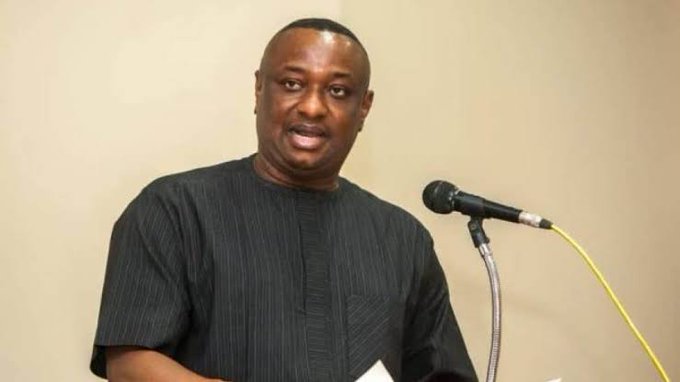 In what seems to respond to many complaints by Nigerians, Festus Keyamo, SAN, the Honourable Minister for State Labour and Employment has said history will judge President Muhammadu Buhari positively.

The minister disclosed this in a tweet on Wednesday drawing analogy on two approaches to governance and the one Mr Buhari is using.

He said: “A patriotic and determined leader would rather take all the momentary flak now to lay a foundation for future leaders to take the glory.

“Rather than take all the momentary glory now and lay landmines for future leaders to fail.

“That’s what PMB is doing. History will vindicate him.”

However, majority of replies to the the minister’s tweets differs to his opinion. For example, @okoduwa-charles replies: “What foundation is Buhari laying for the past five years that things are getting wrose. The best way to come out of a hole is to stop digging. Nigerians are getting dipper in a hole since 2015, Keyamo should remember that there is life after Buhari.”

Additionally, @jeolaorewaju replies: “Indeed!! Ur principal must be so much patriotic to the plight of the nations so much so that the entire North East is under boko haram aggression. So much patriotic that southern Kaduna is defended from the carnage of bandit.”

Still, out of many contrary replies, @AbamiyoF was on the same page with the minister. “History will also vindicate yourself because you worked yourself compatriotically as a Federal Minister with a patriotic mission and vision.”