How Broom ORM can brand your political image 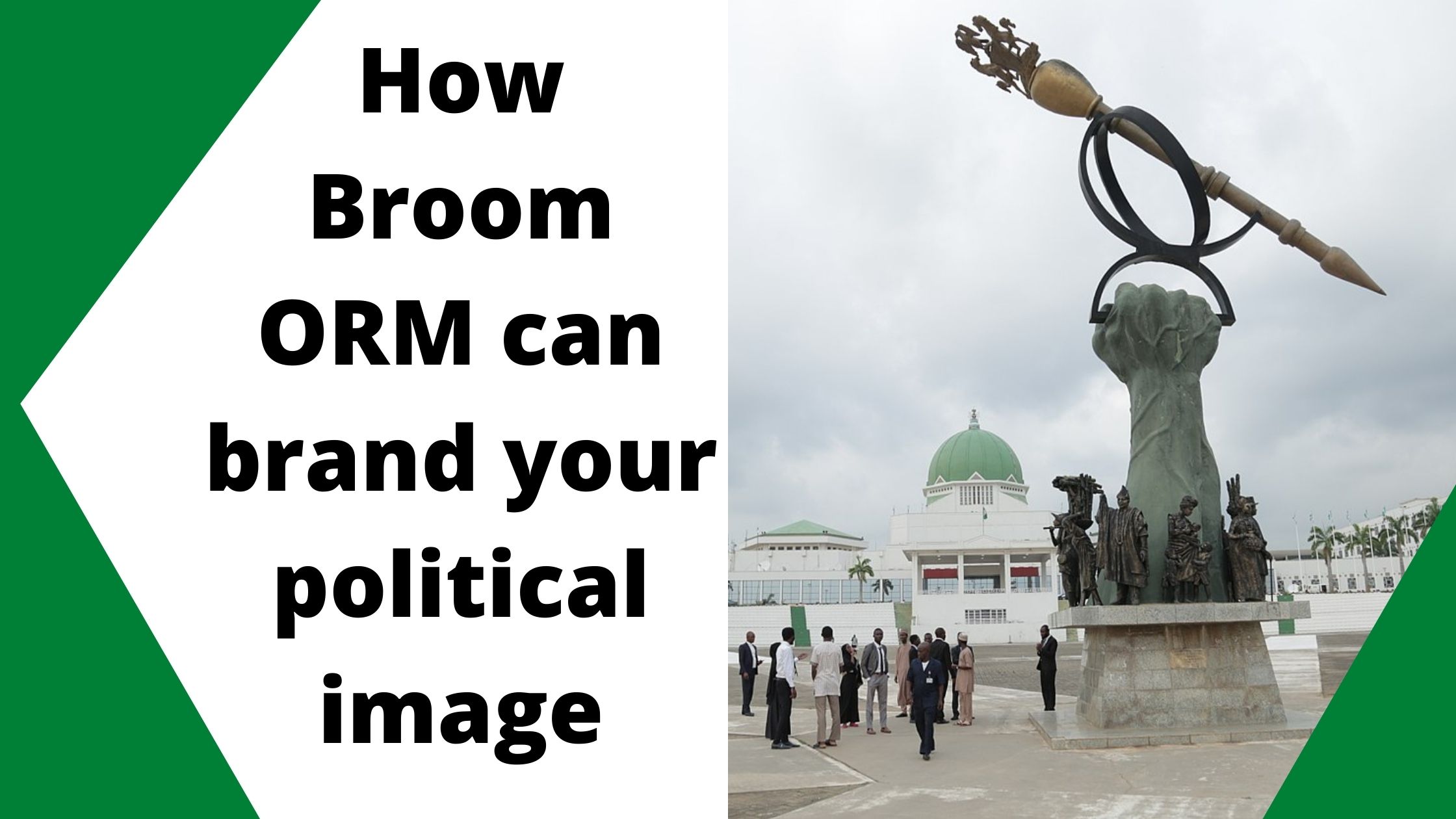 Being a politician comes with its own social biases and deformation of character. Therefore, many politicians tend to have a negative image due to damaged reputations. However, Broom ORM (Online Reputation Management) works with an individual politician and political groups to improve their political images.

Overall, politicians’ public images are misrepresented by massive publications online against them because of oppositions political actors face. This truth made politicians of all parties across the world understand the worth of having a sound and positive Online Reputation Management (ORM).

As a result, a number of politicians now speak directly on social media to voters, and these activities have yielded impactful results on their campaign trays. Paid ORM and social media advertisements provide extensive targeting opportunities with tailored messages for hundreds of different audiences.

Political branding is about how a political organization or individual is perceived overall by the public. It is broader than the product; whereas a product has distinct functional parts such as a politician and policy, a brand is intangible and psychological.

A political brand is the overarching feeling, impression, association or image the public has towards a politician, political organization, or nation. Political branding helps the party or candidate to help change or maintain reputation and support create a feeling of identity with the party or its candidates and create a trusting relationship between political elites and consumers. It helps political consumers understand more quickly what a party or candidate is about, and distinguishes a candidate or party from the competition.

However, surveys have shown that citizens or political consumers often have negative perspectives toward political institutions and politicians especially the ruling ones and incumbents. Consequently, it is difficult to ensure your message reaches and resonates with potential voters, especially if you’re new to politics or planning to re-contest.

Therefore, to solve challenges to gaining voters’ sympathy and eventually voting for you, IRM will help you by getting truthful, factual content about you and your campaign to people who will vote you.

Also, with the buzz of the internet in the world where content saturation and fake news are the order of everyday life, you need to engage an online reputation management firm as IRM.

Kanye West says he embarrassed his wife Kim Kardashian with his failed Presidential bid and confesses to being self-righteous, being an alcoholic.

Time Management: The joy of knowing how to make do with it.