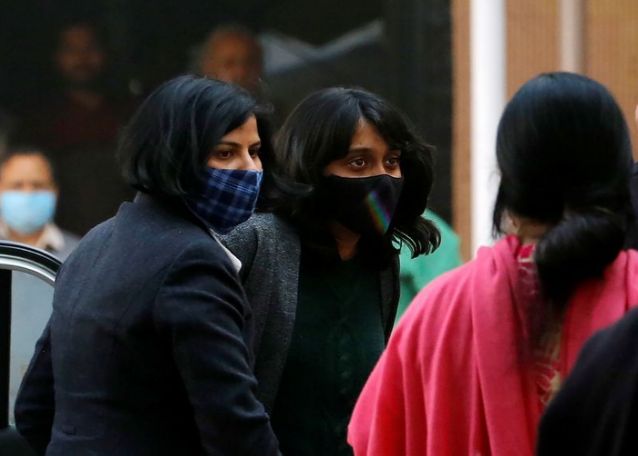 A Delhi court granted a police request on Friday to extend the detention of climate activist Disha Ravi who they accuse of sedition for her alleged role in the creation of an online “toolkit” intended to help farmers protesting reforms.

The 22-year-old Ravi, who is part of an organisation founded by Swedish climate change activist Greta Thunberg, appeared in court following her arrest in Bengaluru last weekend in a case that has raised concerns about a crackdown on dissent.

Police allege that Ravi was involved in creating and sharing an online document containing advice for protesters. Police say this document stoked the violence that took place on India’s Republic Day last month when farmers stormed the famous Red Fort in the old quarter of Delhi.

Police have registered a case of sedition against Ravi, which carries a life term.

Ravi did not speak herself but denied the accusations against her through her lawyer Siddarth Agarwal, arguing in court that police had no evidence to back them up.

“There is nothing against me, please consider this,” Agarwal told the court on her behalf.

Senior lawyers and lawmakers have criticised the sedition case, disputing the allegation by police that the document in question incited violence.

Prime Minister Narendra Modi’s government has been trying to get farmers to back down from their months-long protest on the outskirts of Delhi against three new laws to deregulate the vast and antiquated farm produce market.

It has offered to hold the laws in abeyance and water down some the provisions.

But the farmers want Modi to repeal the laws altogether and provide legal backing for minimum price support for their produce and their long campaign in Delhi’s biting cold has drawn a growing band of supporters at home and overseas.

Thunberg also briefly tweeted a link to the document that police are investigating before withdrawing it. She has made no comment on the detention of Ravi’s who is one of the leaders of her Fridays for Future (FFF) movement.