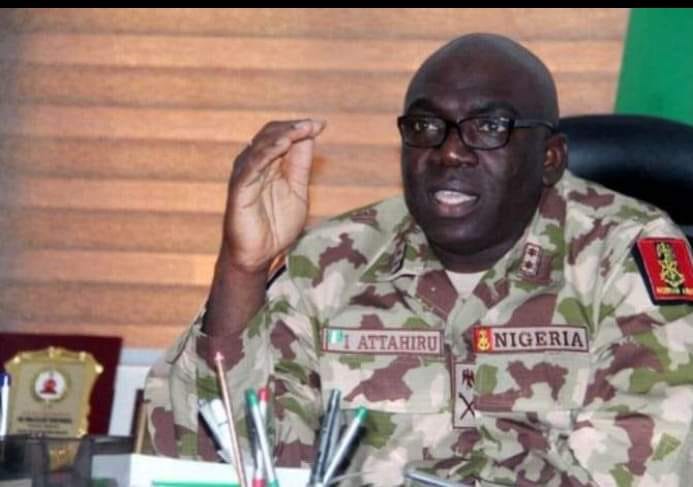 Marte The Chief of Army Staff, Major General Ibrahim Attahiru has given a 48-hour marching order for the clearance of Marte and three other communities in Borno state.

“In the last few days we have had attacks in your Area of Responsibility:

it is now high time we get back and fight through and support our forces ahead of us.

“You can rest assured of all the support required in this very onerous task. I have just spoken to your Theatre Commander, General Officer Commanding, you cannot let this nation down.

Go there and do the needful and I will be right behind you. Ensure you do your job, and do your job well.

“They have presented certain issues that came up, sooner rather than later we would address;

where there are no adequate A and B vehicles we would provide with these few remarks.

I wish you well on the operation and I know the morale is high.” The COAS’ visit is sequeĺ to attacks in the next town, Marte which filters to Dikwa causing panic among civilians.

Normalcy has since been restored in Dikwa and the army chief has addressed the people, seeking their cooperation and support.

Attahiru directed the immediate clearance operations in Marte and other towns harboring insurgents in the Super camp 9 Area of responsibility.

The order comes 24 hours after insurgents believed to be members of Boko Haram hoisted their flag in parts of Marte local government in Borno State, according to military sources.

The insurgents repeatedly attacked the local government within the week.

On Friday, the insurgents attacked the neighboring Dikwa local government.

But they were repelled by a combined effort of the air component and ground forces of Operation Lafiya Dole in a battle that lasted hours, sources said.