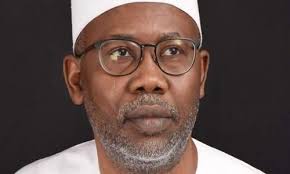 A former Nigerian attorney-general and minister of justice, Mohammed Adoke, has petitioned the Inspector General of Police, demanding probe of an email evidence presented by prosecutors in the Malabu trial in Milan, Italy.

Mr Adoke, in his petition dated February 5, claimed that the evidence presented against him at the Italian court was “forged” with the intent to interfere with the course of justice.

The petition, titled “Forgery of Document for Purposes of Unlawful Interference With the Course of Justice”, claimed that although those behind the alleged “forgery” are unknown, they can be unmasked by the security operatives.

The petition urged the Inspector General to look into the email evidence, as well as another audio evidence earlier presented against him in the trial.

Mr Adoke’s reaction comes against the background of the Milan court’s acceptance of evidence sourced from U.S. banking giant JP Morgan as part of the Malabu OPL 245 corruption trial.

It was reported that the court also accepted evidence of an email allegedly sent by Mr Adoke from the email address of a company allegedly owned by a “middleman” named in the controversial deal, Abubakar Aliyu.

This newspaper understands that despite opposition by the oil companies, the Milan court accepted the evidence, acquired by Milan prosecutors from UK authorities.

Prosecutors claim that Mr Adoke sent instructions about the transfer of OPL245 1.1$ billion payment by Eni and Shell from the email address of a certain A Group Properties, said to be owned by Mr. Abubakar.

A statement circulated by Human and Environmental Development Agenda (HEDA) last week said the Milan Court denied Mr Adoke’s claim that the email was not his.

The new evidence accepted by the court claimed that the former AGF shared with JPMorgan an unofficial copy of the resolutions agreements of OPL245 signed by the FGN with Eni, Shell and Malabu.

In his reaction last week, Mr Adoke dismissed the evidence as “forged” and fake.

The Malabu scandal is subject to corruption trials in different jurisdictions around the world.

The OPL245 oil block, regarded as one of Africa’s richest, was controversially awarded to Malabu in 1998 by the then petroleum minister, Dan Etete.

Mr Etete owned 20 per cent of the block through a fictional character, Kwekwu Amafegha, and the block was controversially sold to oil giants, Shell and ENI, in 2011 with a large chunk of the $1.1 billion paid for it ending up in Mr Etete’s accounts.

Mr Etete allegedly used a large chunk of the money to bribe officials of both the Nigerian government and those of Shell and ENI.

The Nigerian authorities have charged Messrs Etete, Adoke, and several others linked to Malabu with money laundering in connection with the onward flow of funds from the OPL245 deal.ADVERTISEMENT

Messrs Etete, Adoke, Abubakar and other parties accused in the trial, including officials of oil giants Eni and Shell, have denied wrongdoing.

In his new petition, filed by Kanu Agabi, the former attorney general claimed that the pieces of evidence against him were unsubstantiated and forged.

He argued that the parties responsible for the petition, investigations, and commencement of criminal trial allegedly resorted to the forgery of both the audio and email evidence, adding that the purpose of introducing the email was to establish a relationship between him and Mr Abubakar.

Mr Adoke expressed shock at what he called the “unlawful design” and “collusion” with the prosecutors in Milan, which resulted in the “forgery” of the evidence.

To establish that the email was forged, Mr Adoke said that at the time it was sent, being June 21, 2011, he was not in office as attorney general of the federation, “owing to the dissolution of the Federal Executive Council” by former president Goodluck Jonathan.

The former minister claimed he was re-appointed into office on July 2, 2011, adding that within the period the email was allegedly sent, he was abroad and never had any dealings with official matters of the state.

In the same vein, Mr Adoke said the prosecutors claimed the email was sent by “Mohammed Bello Adoke” but he never signed off correspondences without adding the suffix “SAN”, which was not contained in the email.

Mr Adoke also claimed that he could never have sent an email from another person’s mail while using his name. He described such conduct as “nonsensical” and distanced himself from the claim.

He argued further that even if he had any reason to use another person’s mail, he had a retinue of aides who could help him out.

Mr Adoke recalled that there had been similar evidence presented against him in the past, with respect to a tape of an alleged telephone recording with a certain Carlamaria Rumor, said to be a reporter with RAI TV in Italy, which he denied.

He called on the security operatives to investigate the genesis of the claims and bring those behind the “forgery” to book, adding that the individuals who initiated the petition, investigation and criminal trial against him may have questions to answer in the alleged case of “forgery”.