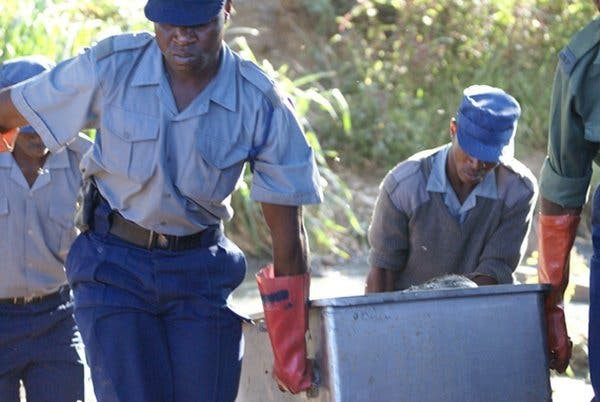 A man identified as Johane Mareya has been stabbed to death after being caught pants down with his married lover by her husband.

It was reported that 27-year-old Oscar Mazorodze, husband of the woman who hails from Chirindagomo Village,

Chief Chireya in Gokwe North of Zimbabwe has been arrested and arraigned before Gokwe Magistrate Busani Sibanda,

because of the murder of Mareya.

It was alleged that Mazorodze who left work early and arrived home unexpectedly at around 3 pm on March 5,

because he found the door locked from the inside.

the room where he caught Mareya with his wife Brenda Dhlodhlo.

He then grabbed a kitchen knife and stabbed Mareya all over the body.

He was pronounced dead upon arrival. A post mortem will be carried out on his body.

Magistrate Busani Sibanda who presided over the case,

remanded Mazorodze in custody till March 19 and advised him to apply for bail at the High Court.