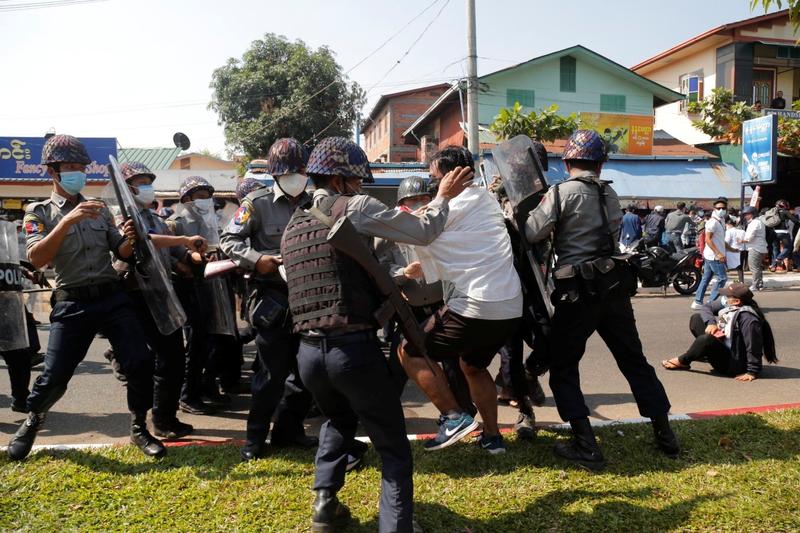 Myanmar security forces opened fire on protests against the military rule on Wednesday, killing nine people, witnesses and media reported, a day after neighboring countries called for restraint and offered to help Myanmar resolve the crisis.

The security forces resorted to living fire with little warning in several towns and cities, witnesses said, as the junta appeared more determined than ever to stamp out protests against the Feb. 1 coup that ousted the elected government of Aung San Suu Kyi.

“It’s horrific, it’s a massacre. No words can describe the situation and our feelings,” youth activist Thinzar Shunlei Yi told Reuters via a messaging app.

A spokesman for the ruling military council did not answer telephone calls seeking comment.

“They didn’t spray us with water cannon, no warning to disperse, they just fired their guns,” he said.

The heaviest toll was in another central town, Monywa, where five people – four men and one woman – were killed, said Ko Thit Sar, editor of the Monywa Gazette.

“We’ve confirmed with family members and doctors, five people have been killed,” he told Reuters.

“At least 30 people are wounded, some still unconscious.”