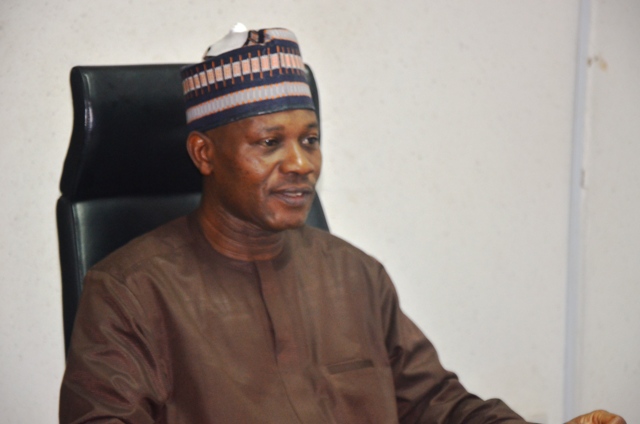 The Director-General, National Emergency Management Agency, (NEMA) AVM Muhammadu Muhammed (RTD) has reiterated his commitment to improved service delivery by the Agency and better welfare package for members of staff.

AVM Muhammed while speaking in Abuja on Wednesday at a meeting with members of staff of the agency and the media highlighted the various challenges and achievements of the agency at the assumption in office.

According to AVM Muhammed, the agency challenges which included poor motivated staff, poor working environment and poor perception of the image of NEMA and poor relation with supervising Ministry and the National Assembly and a host of others was the order of the day.

Highlighting the achievements recorded, he said the agency has established the desired relationship with sister ministry, settled all verifiable staff claims that have been pending for couple of years, reactivated many operational equipment as well as making progress in procuring operational vehicles.

Similarly, Muhammed said the agency has engaged the National Assembly as partners in the conduct of its affairs improve on communication equipments by reactivating the call centre and effort is being made to bring home the fixed Air Ambulance for prompt emergency response.

Muhammed added that staff of the agency will enjoy improved health services through partnership with efficient health service providers, provision of affordable Housing Scheme for staff across the country and manpower development across other specializations.

Others include Realistic Salary Scale, Carrier progression in terms of Organizational Structure and Manning, Promotions and Posting.

Muhammed however noted that the Agency will begin awareness campaign to target 100% of Nigerians on reducing the risk of flooding and other disasters, development of resilience among our communities through implementation of the Sendai Framework of Action.

He added that the Agency will strengthen institutions for disaster management at the state and local government level, support the coordination of safe and dignified return if the Internally Displaced Persons (IDPs) in the country in collaboration with other stakeholders and support the six centres for Disaster Risk Management in Nigeria established by NEMA among a host of others.

He thereby appeals to all State Governors and the Federal Capital Territory (FCT) to allocate lands that the agency will develop in partnership with developers for affordable housing for members of staff of the agency.