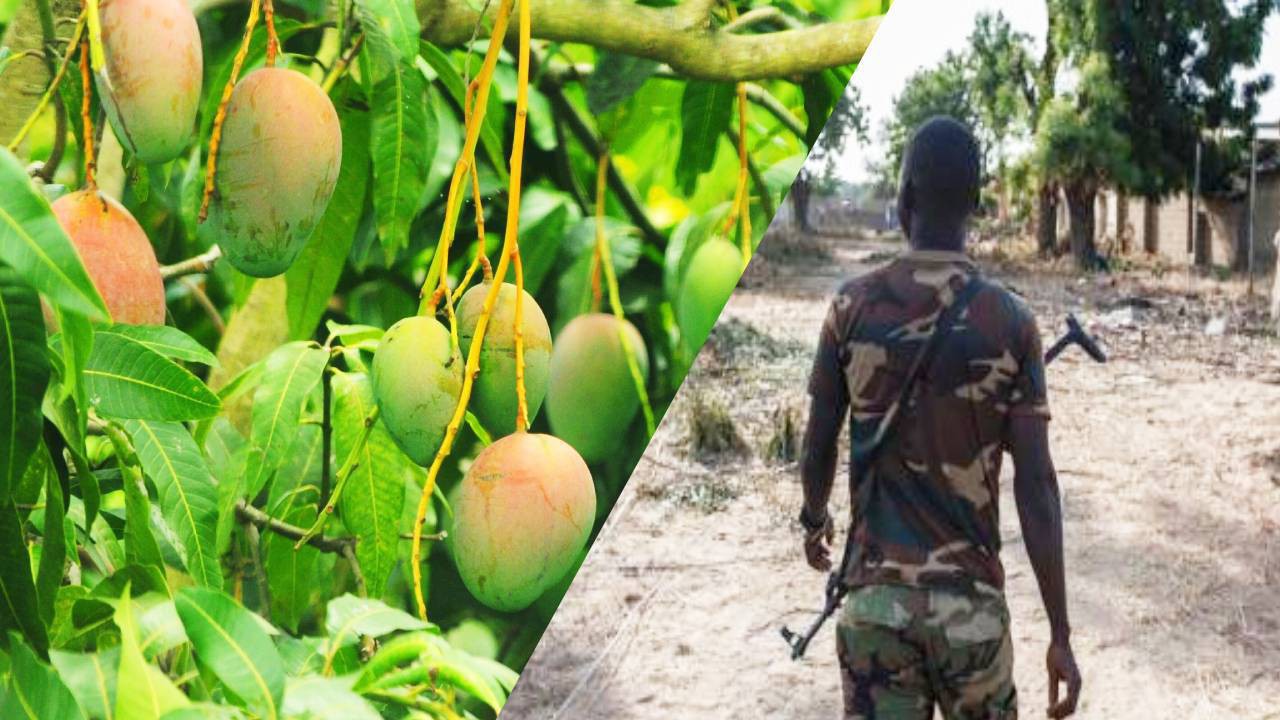 the reporters also said the soldier followed the boy back to the community and detained him in the barracks where he tortured him to death.

The traditional leader in the community, the Sardauna of Hayin Banki, Malam Ibrahim Hassan Wuyo, said;

“The boy whose name was Muslim went into the Kotoko Barracks

which shares a boundary with the Hayin Banki community to pluck mangos from a tree.

The soldier queried why the boy came into the barracks but the boy ran away,

and i was told that while he was torturing the boy,

other colleagues warned him to release the boy but he refused.”

The Sardauna said the boy died and the soldier allegedly put his body at the Unguwan Kanawa community.

“The military has handed over the suspect to the police,” he added.

He said an investigation had commenced into the matter.