Pope Francis leaves Rome for a Trip to Iraq 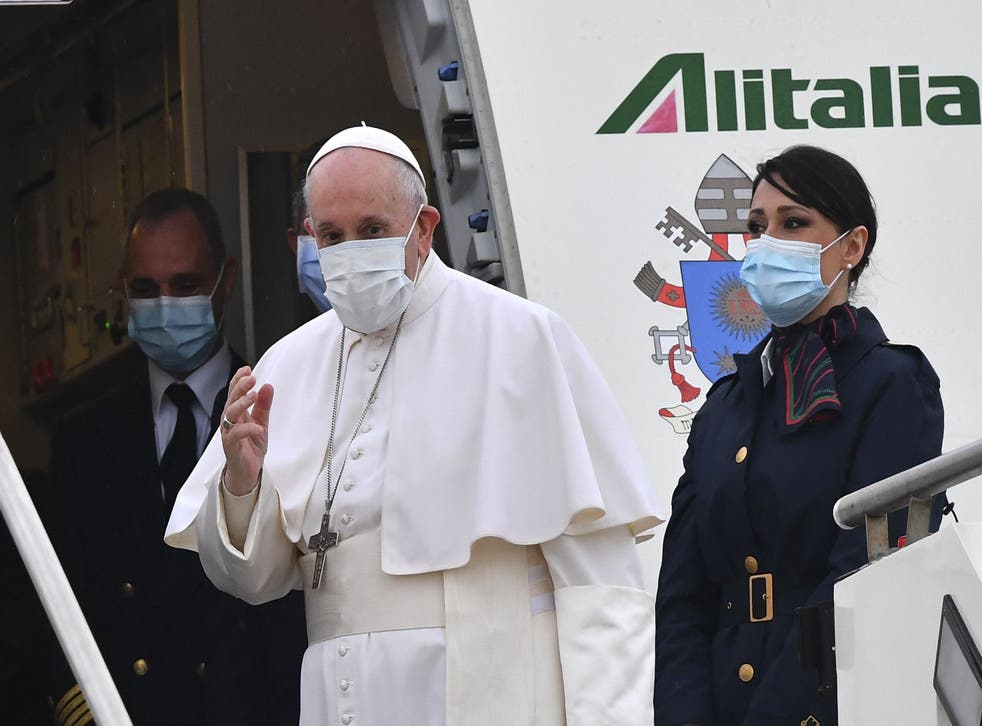 Pope Francis leaves Rome for a four-day trip to Iraq on Friday,

his most risky foreign trip since his election in 2012 and the first visit by a pontiff to the country.

An Alitalia aeroplane carrying the pope, his entourage, a security detail,

and about 75 journalists, left Rome’s Leonardo da Vinci airport for the 4-1/2 hour flight to the Iraqi capital, Baghdad.

Iraq is deploying thousands of additional security personnel to protect Francis during the visit,

which comes after a spate of rocket and suicide bomb attacks raised fears for the Catholic leader’s safety.

On Wednesday morning, 10 rockets landed on an airbase that hosts U.S., coalition and Iraqi forces.

Hours after the attack, the pope reaffirmed he would be going to Iraq.

The 84-year-old will visit four cities, including the former Islamic State stronghold of Mosul, where churches and other buildings still bear the scars of conflict.

Francis will also visit Ur, birthplace of the prophet Abraham,

The trip is the pope’s 33rd outside Italy. He is due to return to Rome on Monday morning.