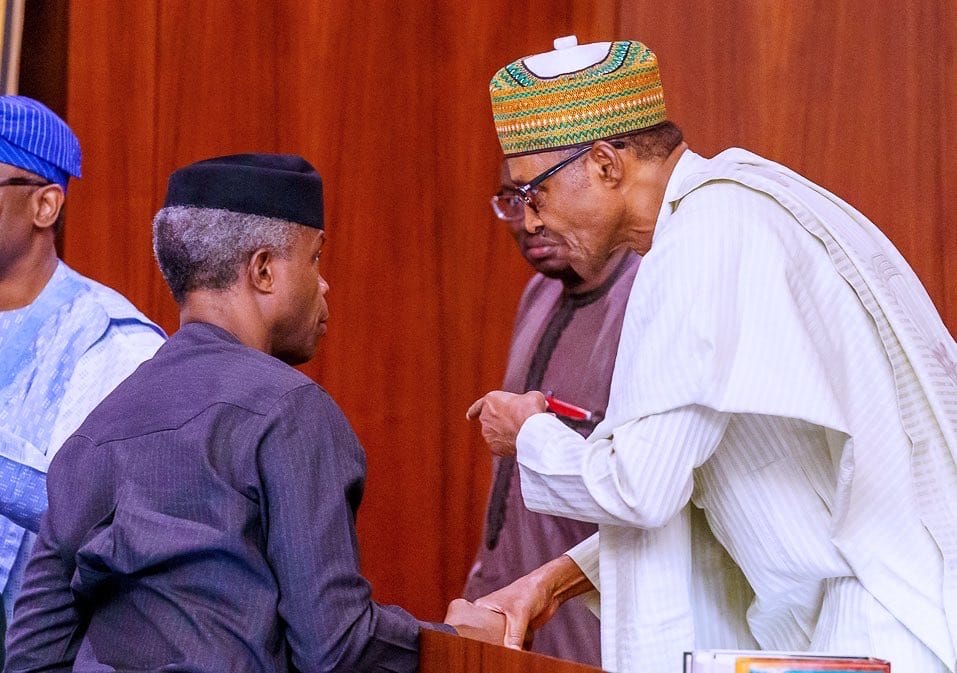 President Buhari in a message to celebrate his vice, professor Yemi Osinbajo

President Buhari took to his social media page this morning to write an heartwarming epistle to his vice, sayin

a reliable and dedicated deputy who is not only admirably competent,

but also exudes confidence and passion in the performance of his job;

a cool-headed gentleman who puts the interest of Nigeria above other narrow considerations.

Vice President Osinbajo is an incredibly patient politician who demonstrates remarkable intellectual and mental energy in the discharge of his duties.

I’m proud to have selected him as my running mate, and he has given a good account of himself since our journey began in 2015.

I wish him many more prosperous years and Almighty God’s continued guidance and blessings.”

The Northern States Governor’s Forum has felicitated with Vice President Yemi Osinbajo as he marks his 64th birthday.

In a statement, Chairman of the Forum and Governor of Plateau State, Simon Bako Lalong described the Vice President as a patriotic Nigerian

who has combined character, professionalism and pragmatism in handling national issues.

and the upliftment of Nigerians.

He said “as Northern Governors, we have enjoyed tremendous cooperation of the Vice President who does not only give us a listening ear at individual

and collective levels but also engages us on how best to tackle the challenges of our region and the nation as a whole.

Among other things, we cherish his leadership of the National Livestock Transformation Programme (NLTP)

that is capable of ending the negative consequences of open grazing in the country.

We assure the Vice President of our continued collaboration as he supports the President to deliver his promises to the people.”

particularly in the area of law where he has vast experience as a Senior Advocate,

Former Attorney General and Commissioner for Justice, as well as a Professor of Law.