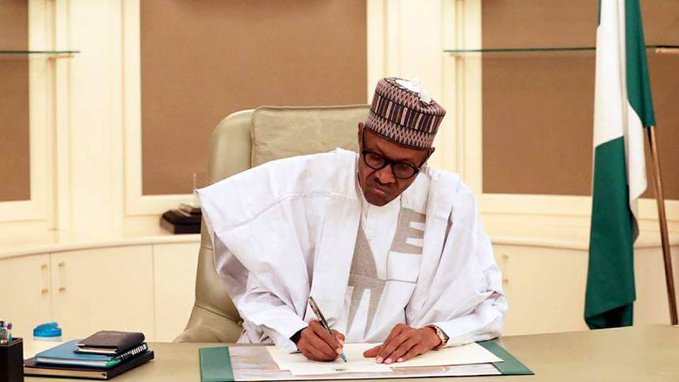 President Muhammadu Buhari has directed the Minister of Finance, Budget and National Planning, Zainab Ahmed and all other relevant authorities to ensure the immediate release of funds approved for capital projects.

The president gave the directive on Tuesday at the closing of a two-day retreat for Ministers and Permanent Secretaries held at the Banquet Hall of the Presidential Villa in Abuja.

“I have directed the Minister of Finance, Budget and National Planning, the Governor of the Central Bank of Nigeria and all other responsible agencies to ensure speedy and timely release of funds to Ministries, Departments and Agencies (MDAs) for implementation of the N2.3trn Economic Sustainability Plan and the capital projects in the 2020 budget,” he said.

However, the president also directed that those in receipt of the approved funds should ensure transparency and strict utilization.

“I also enjoined ministers to ensure that funds released are utilized efficiently and transparently in implementing the programmes and projects under the line priorities areas of government,” he said.

He also urged ministers and government officials to always make the achievements of the current administration public.

“I have to charge all of you to defend the government vigorously and not allow any irresponsible and politically motivated statements to keep spreading falsehoods about this government.

Information to the public should be better packaged, go on the offensive, we are proud of our achievements and we should blow our own trumpets,” he added.

Meanwhile, the President while speaking on the pains caused by the advent of the COVID-19 pandemic, said the matter is being addressed through the activities of the Presidential Task Force and a careful implementation of the 12 month Economic Sustainability Plan.

He noted that the discussions at the two-day retreat revealed that the country has what it takes to weather through the storms of contemporary challenges.

Also, He assured Nigerians that the government, under his leadership, would be well focused on its responsibilities.

“Within these two days, we have examined the numerous policies, programmes and projects the administration has embarked upon, which are targeted at lifting our people form the shackles of poverty, protecting their lives and property and ensure equitable distribution of the nations wealth.

“We aim to gradually close the gap between the different classes to bring joy to a greater number of citizens. I am glad that these policies, programmes and projects have recorded appreciable successes,” he added.