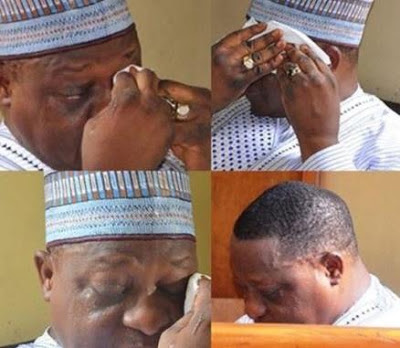 Joshua Dariye after being convicted for criminal misappropriation and criminal breach of trust, was on Friday,

March 12 affirmed by the Supreme Court.

Dariye who was convicted for reportedly looting N2billion public funds

during his time as Plateau State governor between 1999 and 2007,

had been elected as the senator representing Plateau Central in

A federal high court in Abuja had on June 12, 2018 convicted Mr Dariye and originally sentenced him to 14 years’

imprisonment on charges of criminal breach of trust and two years jail term for criminal misappropriation.

But following his appeal against the judgment, the Court of Appeal in Abuja on November 16, 2018,

The former governor had further appealed to the Supreme Court.

The five-man panel of the Supremecourt headed by Mary Odili on Friday,

however, upheld the ex-governor’s conviction in respect of criminal breach of trust which attracted the 10-year jail term.

His conviction for criminal misappropriation was quashed,

but it had no impact on his overall number of years of imprisonment as it attracted two years’ imprisonment.