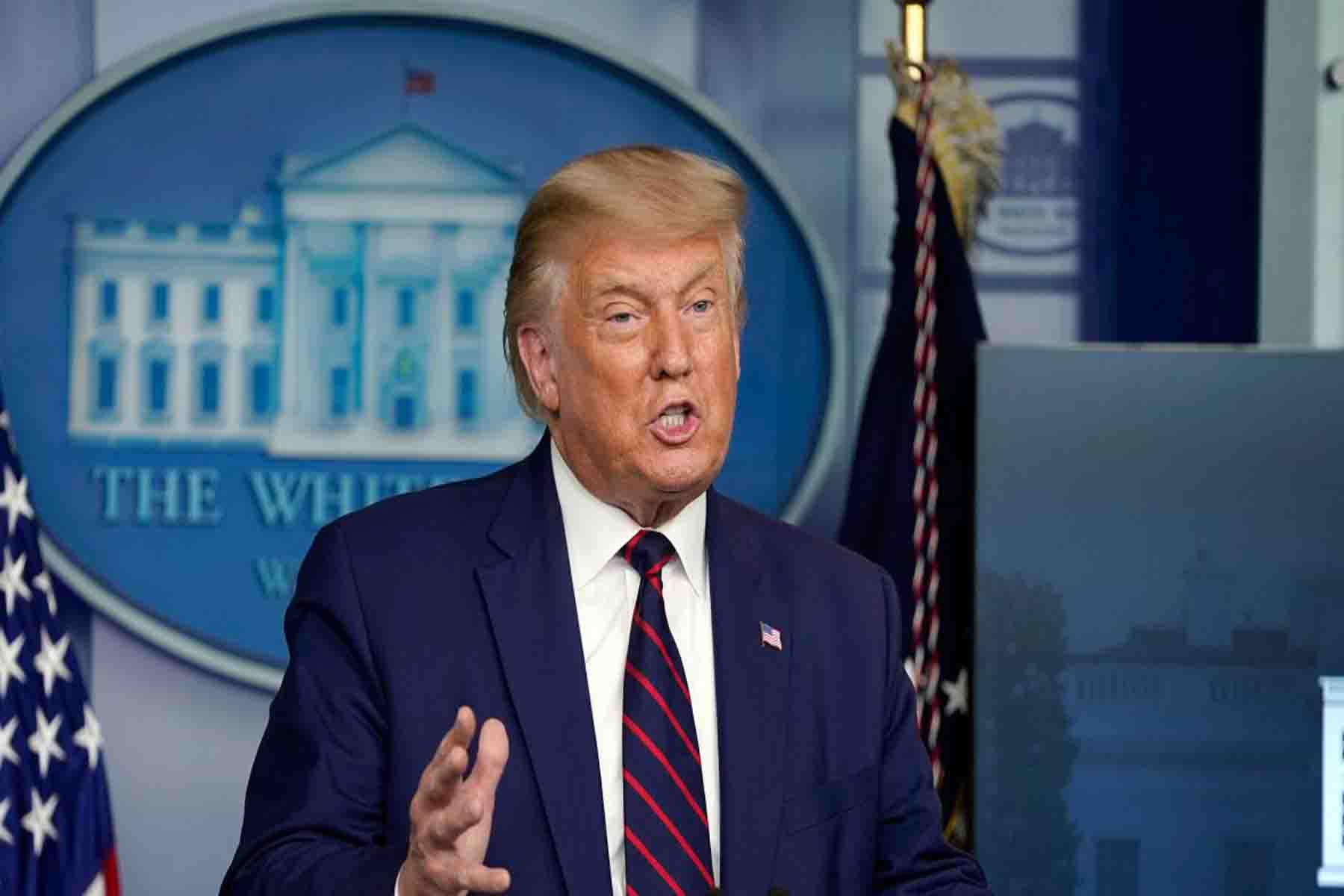 President Donald Trump on Friday declined to condemn Russia over the poisoning of opposition leader Alexey Navalny, even though leaders from around the world, as well as other Trump administration officials, have pinned the blame on the country.

At a press briefing on Friday, Trump was asked what his message to Russia was about Navalny’s poisoning, after the German government said a chemical agent known to be utilized by the Kremlin was used against Navalny.
“We have to look at it very seriously. If that’s the case, and I think we will,” Trump said when asked how the US should react.
“I don’t know exactly what happened, I think it’s tragic. It’s terrible, it shouldn’t happen. We haven’t had any proof yet, but I will take a look,” he added.

It’s the latest example of Trump declining to condemn Russia and its president, Vladimir Putin, for authoritarian actions. In the case of the Navalny poisoning, leaders around the world, including German Chancellor Angela Merkel and British Prime Minister Boris Johnson, offered strong condemnation and called for answers from the Russian government.
In addition to German officials, a NATO in-house lab test proved “beyond doubt” that the opposition leader was poisoned with the military-grade nerve agent Novichok in what the NATO chief described Friday as an “assassination attempt.”

“It is interesting that everybody is always mentioning Russia,” Trump said to a reporter when asked about the Navalny poisoning, “and I don’t mind you mentioning Russia, but I think probably China at this point is a nation that you should be talking about much more so than Russia, because the things that China is doing are far worse, if you take a look at what’s happening with the world.”
At one point during Friday’s press briefing, Trump said he would “not be happy at all” if the Russian government poisoned Navalny, and defended his administration’s stance toward Moscow, specifically citing the decision to provide anti-tank weapons to Ukraine to fight off Putin-backed separatists.
But he also noted, “I do get along with President Putin.”
Trump’s public reluctance to condemn Putin is especially notable as other members of his administration have been more forceful on the Navalny incident.

German government spokesman Steffen Seibert said toxicological tests on samples taken from Navalny had been carried out at a German military laboratory, providing “unequivocal evidence” of the use of a Soviet-era chemical nerve agent. Novichok was used in a March 2018 attack on former Russian spy Sergei Skripal in the English cathedral city of Salisbury.
Kremlin spokesman Dmitry Peskov said Wednesday that the Kremlin had not received any information from Germany that Navalny had been poisoned with Novichok, according to Russian state news agency TASS.
Russia’s Foreign Ministry said it was waiting for a German response to a request from the Russian prosecutor general regarding Navalny’s treatment and diagnosis, TASS reported.
Trump has repeatedly declined opportunities to condemn Russia’s actions. He has drawn equivalencies between past US actions and Russia’s behavior when asked about Putin’s strongman tactics, and memorably sided with Putin’s denials of Russia’s interference in the 2016 campaign over US intelligence conclusions.

The Trump administration did act after the international community determined that the Kremlin was responsible for the Skripal poisoning. The US expelled 60 Russian diplomats and closed a Russian consulate, and in August 2018, the State Department imposed a first round of sanctions on certain technology under the Chemical and Biological Weapons Control and Warfare Elimination Act of 1991.
However, in his recent book, former national security adviser John Bolton claimed that Trump had held off on those sanctions until after his summit with Putin in Helsinki, Finland, in July 2018.
After they were announced, Bolton said, Trump wanted to rescind them and thought they “were being too tough on Putin.”
It wasn’t until August 2019 that the administration imposed the legally required second round of sanctions on Russia for the poisoning — more than six months after they had been due. The Trump administration was also slow to enact sanctions punishing Russia for election interference.