US Decides: If Trump Wins Again, Our Planet Will Never Recover – Biden 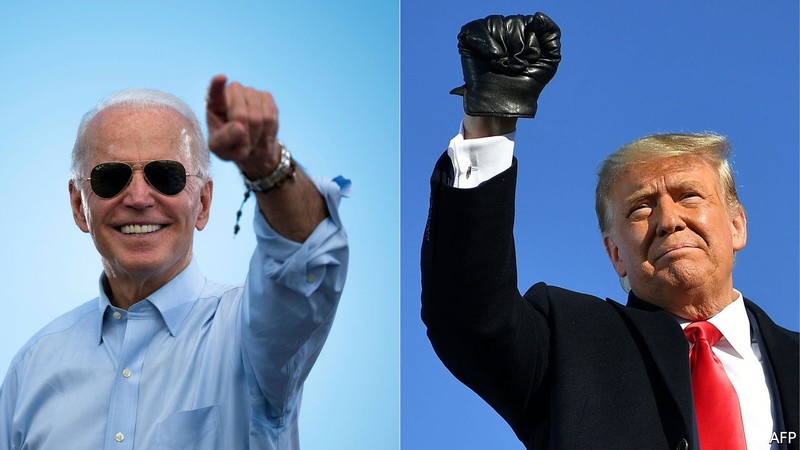 The former vice President and Democratic candidate of the United states, Joe Biden, on Tuesday warned electorates against voting for his opponent, Donald Trump in today’s presidential election in the United States.

In his tweet on Tuesday, he said that “our planet” will not recover if Trump rules for another four years.

Biden tweeted, “If we give Donald Trump another four years in the White House, our planet will never recover.”

The 77year old former vice president launched his White House candidacy – his third, following disastrous bids in 1988 and 2008 – in April 2019 in this blue-collar city.

Recalled that, Biden has a slight lead in the pivotal state, which Trump won by less than a percentage point in 2016.

But the polls have tightened in recent days, and after the brash billionaire’s shock victory four years ago.

Biden earlier called on voters to “take back” American democracy from Trump.

“It’s time to stand up and take back our democracy. We can do this,” Biden said as he wrapped a boisterous drive-in rally in Pittsburgh in the critical swing state of Pennsylvania.

“I have a feeling we’re coming together for a big win tomorrow,” he said to cheers and honks, adding that if elected president he would act to “get COVID under control on day one.”

But Trump on Tuesday predicted a “beautiful victory” in his final reelection campaign stop hours before polls open across the United States.

“We’re going to have another beautiful victory tomorrow,” he told a crowd in Grand Rapids, Michigan, the same place where he held the climactic rally of his 2016 campaign, when he upset the polls to beat Hillary Clinton.

“We’re going to make history once again,” he added.