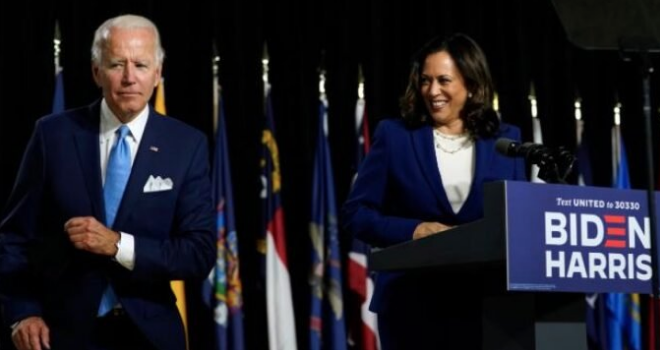 Following being called for Pennsylvania, the Democrat Presidential Candidate Joe Biden has been projected to occupy White House as president come January 2021 making a number of world leaders to congratulate him as president-elect.

British Prime Minister Boris Johnson is among the world leaders congratulating Joe Biden on the news that he will be the next president of the US.

He added: “The US is our most important ally and I look forward to working closely together on our shared priorities from climate change to trade and security.”

Sir Keir Starmer, the Labour Party leader, said Mr Biden had run “a campaign on the values that we in the United Kingdom share – decency, integrity, compassion and strength”.

Among the first to react to the news was Canada’s prime minister Justin Trudeau, who said: “Canada and the United States enjoy an extraordinary relationship – one that is unique on the world stage.

“We will further build on this foundation as we continue to keep our people safe and healthy from the impacts of the global COVID-19 pandemic, and work to advance peace and inclusion, economic prosperity, and climate action around the world.

“I look forward to working with President-elect Biden, Vice President-elect Harris, their administration, and the United States Congress as we tackle the world’s greatest challenges together.”

Germany’s Chancellor Angela Merkel said she was looking forward to “future cooperation” between the two countries, adding: “Our transatlantic friendship is irreplaceable”.

Mrs Merkel had enjoyed a good working relationship with former president Barack Obama but the relationship between her and Donald Trump was often strained.

Spain’s Prime Minister Pedro Sanchez and French President Emmanuel Macron both offered congratulations but pointed to challenges ahead that would require cooperation.

Mr Macron said: “We have a lot to do to overcome today’s challenges. Let’s work together”, while Mr Sanchez added: “We wish you good luck and all the best. We are looking forward to cooperating with you to tackle the challenges ahead of us”.

Mr Obama, who was elected president in 2008 and whose term ended when Mr Trump’s began in 2017, said he “could not be prouder” to congratulate the pair.

He said Americans had turned out in “numbers never seen” under “circumstances never experienced”.

“We’re fortunate that Joe’s got what it takes to be president and already carries himself that way. Because when he walks into the White House in January, he’ll face a series of extraordinary challenges no incoming President ever has – a raging pandemic, an unequal economy and justice system, a democracy at risk, and a climate in peril.

“I know he’ll do the job with the best interests of every American at heart, whether or not he had their vote. So I encourage every American to give him a chance and lend him your support.

“The election results at every level show that the country remains deeply and bitterly divided. It will be up to not just Joe and Kamala, but each of us, to do our part – to reach out beyond our comfort zone, to listen to others, to lower the temperature and find some common ground from which to move forward, all of us remembering that we are one nation, under God.

“Our democracy needs all of us more than ever. And Michelle and I look forward to supporting our next President and First Lady however we can.”

Irish Taoiseach Michael Martin said: “Ireland takes pride in Joe Biden’s election, just as we are proud of all the generations of Irish women and Irish men and their ancestors whose toil and genius have enriched the diversity that powers America.”

He added: “I also wish to congratulate Kamala Harris on her election as vice president and recognise the tremendous significance of her election to the role.”