What tasks lie ahead on the return to Westminster? : 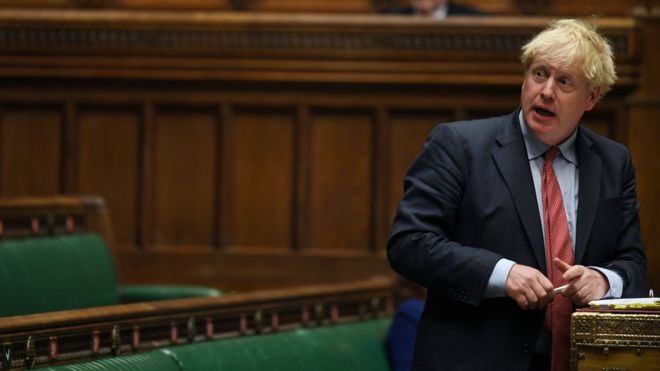 The summer recess is over and MPs are returning to Westminster with very full inboxes.

As Parliament throws its doors open for the new term, what challenges lie ahead for the government in the coming months?

Coronavirus
The challenges of posed by the coronavirus pandemic will be forefront of ministers’ minds: how to encourage a return to something approaching normal while keeping the virus under control.

As the holiday season winds up, many in the Conservative party want to see more done to encourage people back to offices in England – and ministers are urging people working from home to speak to their employers about returning to workplaces where it’s safe to do so.

“I think if we want to get the economy back moving the most important thing is that we keep transmission as low as we possibly can,” he said.

While much of the focus is likely to be coronavirus, there is also securing a trade deal with the European Union.

Boris Johnson has been clear on the timetable. He says the transition period – which means the UK is still following many EU rules – must end on 31 December 2020.

If the two sides do not reach an agreement by the end of the year, the UK would revert to trading with the EU on World Trade Organisation terms – something many Tory MPs are comfortable with, but which critics claim could damage the economy further.

Talks between the teams of negotiators have been ongoing since March, with some virtual summits replacing face-to-face meetings during the height of lockdown.

But at the end of every round of negotiations, the same message comes out from both camps – there has been “little progress” and “considerable gaps remain”.

B.C. records 4 COVID-19-related deaths over the weekend as numbers continue to spike :

Trump says he won’t meet with Jacob Blake’s family because they wanted to involve lawyers :

24newsreads.com Reality Check’s Chris Morris said compromises will need to come to the surface in September so the EU and UK can agree a deal in October – giving both sides enough time to ratify it with their parliaments.

As with the last six months, coronavirus is expected to dominate the next, and one scheme in particular will certainly be ripe for debate.

Chancellor Rishi Sunak received much praise from both sides of the House when he introduced the Coronavirus Job Retention Scheme back in March.

It saw the government cover 80% of wages for employees who could not work because of the outbreak.

More commonly known as the furlough scheme, 9.6 million workers have been furloughed by 1.2 million employers since March.

But the programme is winding down.

Since 1 August, employers have had to pay National Insurance and pension contributions for their staff, and now it is September, they will have to pay 10% of furloughed employees’ salaries – rising to 20% in October, before the scheme closes.

The government has offered £1,000 bonuses to companies bringing back furloughed employees, in an effort to prevent job losses.

Opposition parties are arguing for the scheme to be extended – following in the footsteps of other European countries – while the effects of the virus continue.

While furlough was one of the largest schemes, others are also due to come to an end soon, with disagreement between the parties over their ongoing value.

As yet, there are no plans to make another payment to the self-employed, who got their “second and final” grant from the government to make up for lost earnings in August.

The ban on evictions during lockdown was due to come to an end last month, but was extended until the end of September after a government u-turn.

And the grants for small businesses and specific sectors, such as the arts, are not set to be renewed.

Other policies are set to last until next year – including the holiday on stamp duty – and businesses who have taken loans will be expected to start paying them back in 2021.

So the pressure on whether to end these schemes will be sure to continue past the end of 2020.

Many of these decisions will have to be tackled in the Budget, which is due to take place towards the end of the year.

Mr Sunak presented his first Budget in March – only two weeks before the country went into lockdown.

But this Budget will be different.

Mr Sunak will have to balance the government’s pledges to “build, build, build” and speed up previously announced infrastructure projects, with the fact that the UK economy suffered its biggest slump on record between April and June as coronavirus lockdown measures pushed the country officially into recession.

The economy shrank 20.4% compared with the first three months of the year.

There are sure to be some late nights at No 11 as the months progress.

One of the major challenges facing government is the return to schools this week.

Boris Johnson has emphasised the need to get pupils of all ages back in the classroom, saying the risk to their mental health without schooling is greater than that of the virus.

And the prime minister is understood to have made clear that schools should be the last sector to shut in any future local lockdowns.

Labour and the unions criticised the government for “last-minute” guidance for schools in England, published on Friday, on what to do during virus outbreaks and local lockdowns.

Secondary pupils could be kept home every other fortnight and, in an outbreak, large groups could be told to self-isolate, the guidance says.

And with the new season comes the annual winter pressures on the NHS – this time, with the added challenges posed by the pandemic.

The prime minister has already announced £3bn for the health service in England to plan ahead, after he highlighted concerns the virus could become “more virulent” in winter.

No 10 has acknowledged there will be demand for more testing as the weather worsens.

Mr Johnson also promised there would be a mass flu vaccine programme – expanding the annual scheme to reach 30 million people in England – to protect more of the public if the flu season coincides with a surge in coronavirus.

Another issue away from coronavirus, and close to home for many MPs, will be the government’s proposals for the overhaul of the planning system in England.

It says it wants reduce the number of planning cases that get overturned at appeal by creating a “clearer, rules-based system”.

This will include giving automatic planning permission to projects to be built in designated “growth areas” and allowing more commercial premises to be converted into homes without needing sign off from the local authority.

Critics say the changes could lead to “bad-quality housing” and loss of local control.

But those against the plans are not just from the opposition benches.

24newsreads.com parliamentary correspondent, Mark D’Arcy, said many Tory backbenchers are upset with the proposals, which will impact their constituencies – and the voters who keep them in place.

The consultation on the government’s plan ends in October.