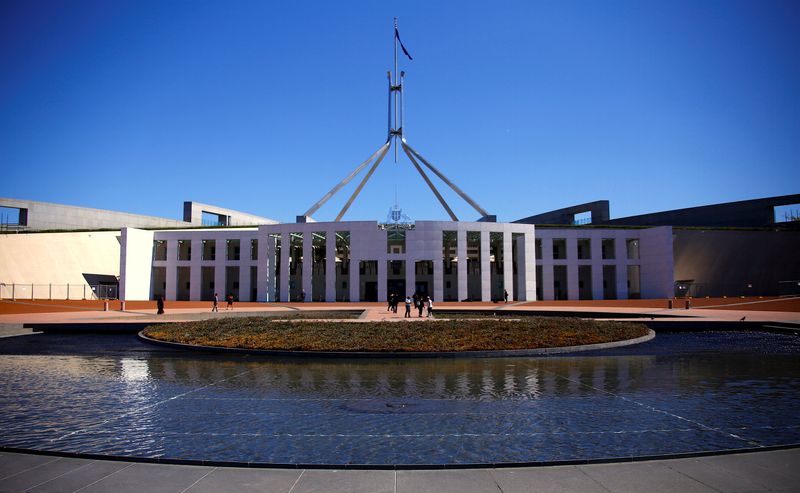 Australia’s Prime Minister Scott Morrison apologized on Tuesday to a woman who alleged that she was raped in parliament two years ago for the way her complaint was handled at that time, ordering a probe into the government’s workplace culture.

The woman told an online news publication and Channel 10 on Monday that she had been raped in the office of the current Defence Minister Linda Reynolds in March 2019 by unnamed colleague who also worked for Morrison’s ruling Liberal party.

She said she spoke with police in early April of that year, but decided against making a formal complaint due to concerns that it would damage her career prospects.

It is unclear whether she has now lodged a formal complaint to police.

Going public with the allegation, the woman gave her name to media, but Reuters refrains from publishing the names of rape victims.

Police in the capital confirmed they had spoken to a complainant in April 2019, but she chose not to make a formal complaint. Police did not immediately respond to requests for comment on whether a formal complain has since been made.

The woman said she told senior staff in Reynolds’ office of the alleged attack. She said she was then asked to attend a meeting in the office where she alleges she had been assaulted.

Reynolds on Monday confirmed she had been told of the complaint in 2019, though she denied the woman was pressured against making a police complaint.

Morrison on Tuesday apologized to the woman and promised an investigation.

“That should not have happened, and I do apologise,” Morrison told reporters in Canberra. “I want to make sure any young woman working in this place is as safe as possible.”

“Saying sorry is often the hardest thing for those of us who work in this place to say,” Reynolds told lawmakers.

“But can I say today, sorry is the easiest word for me to say.”

Reynolds was the Defence Industry Minister at the time of the alleged rape, and became Defence Minister two months later.

Morrison said he has appointed Department of the Prime Minister and Cabinet official Stephanie Foster to review the process in dealing with workplace complaints, while a backbench lawmaker will investigate workplace culture.

The Liberal party has been dogged by allegations of improper behaviour towards women.

In 2019, female backbench lawmakers said they felt bullied to support a move to oust then prime minister Malcolm Turnbull, while a former female Liberal staff member last year made an official complaint of improper behavior by then immigration minister Alan Tudge.