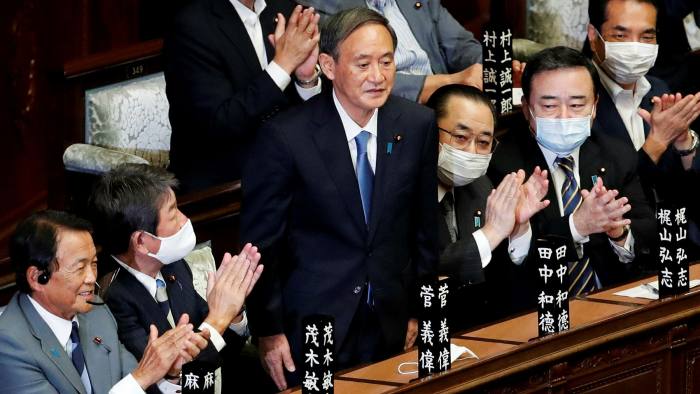 Japanese lawmakers elected Yoshihide Suga, the new leader of the Liberal Democratic Party, as Japan’s prime minister on Wednesday to succeed Shinzo Abe — who is standing down due to health issues.

Suga easily won the election for prime minister, receiving 314 in the 465-seat lower house of parliament as was expected as his conservative party holds a majority in the Diet.

The election was held due to Abe, the former prime minister, announcing in late August that he was resigning as his health had been deteriorating since mid-July and he did not want his condition to affect the government. The country’s longest ruler has long suffered from ulcerative colitis, an inflammatory bowel disease, which caused him to resign during his first term as prime minister in 2007.

Suga, the 71-year-old son of a farmer and the chief cabinet secretary under his predecessor, has vowed to continue with Abe’s policies, including his so-called Abenomics growth strategy of government spending and monetary easing.

“I have spent every day putting my all into economic recovery and diplomacy to protect Japan’s interest,” Abe told reporters Wednesday. “It is my honour to have been able to work on a range of issues along with the people during this time.”

Suga’s election as prime minister follows him beating out two other major rivals for leadership of his Liberal Democratic Party on Monday, which all but assured he’d be the next leader of Japan.